Gene therapies in Mexico: bringing the legal framework up to speed 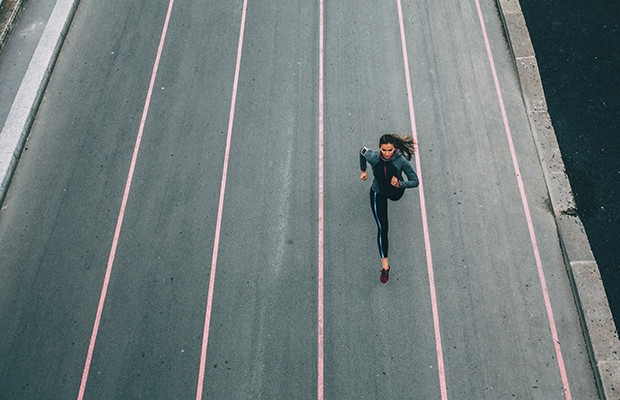 Despite their great ability to fight diseases, gene therapies face tough challenges from an IP and regulatory perspective in Mexico, as Hector Chagoya and Mariana Gonzalez of Becerril, Coca & Becerril report.

Gene therapy is a technique that involves inserting corrective exogenous genes into the genetic material of a patient’s cells to compensate for abnormal genes or to deliver a beneficial protein as a treatment for a disease. Nowadays gene therapy is not viewed only as an approach for treating hereditary diseases—its potential role in the treatment of acquired diseases such as cancer and other terminal or severely disabling conditions is also widely recognised.

This kind of therapy is still in the experimental stages and its use is therefore not yet widespread, but recent clinical trials have shown remarkable therapeutic benefits and an excellent safety record.

Behind these advances lie improved viral and non-viral vector designs that enable the safe delivery of therapeutic genes to specific cells, technologies for editing genes and correcting mutations, the use of stem cells to regenerate tissues and the effective exploitation of strong immune responses.

However, as technology moves rapidly and new and better options are being develop in gene therapy, the legal framework is left behind, particularly in developing countries such as Mexico and others in Latin America.

From the IP perspective, patent eligibility is compromised for several reasons. A significant number of gene therapy alternatives require a surgical procedure in order to achieve the intended genetic modification, and surgical therapeutic methods may be excluded from patentability under international treaties and local laws, as is the case in Mexican law.

Accordingly, a protection strategy must include other patentable elements of gene therapy such as medical devices, biological materials, formulations and essay methods around the therapy, but also other softer IP elements such as copyright and trademarks, as explained below.

Because of the risks and the level of sophistication that gene therapies imply, most therapies are not sold as a typical pharmaceutical product that is consumed by the user under a prescription. Typically, gene therapy will require medical and other services to be provided to the patients and even their families, and therefore copyright on the information provided to patients, as well as trade dress for the distinctive elements of the services, are extremely important for a proper gene therapy IP strategy, because the business model may include other medical services such as hospitals, clinics and laboratories.

In the regulatory arena, there are also many uncertainties. The criteria and assessment of safety and effectiveness of gene therapy along with other developments on biotechnology are not well defined, creating an obscure and risky regulatory path for innovator companies. However, if these matters are worked out properly, Mexico, given its geographical proximity to the US, could have an opportunity to become a major strategic hub of pharmaceutical development.

In fact, even though Mexico was among the first countries to introduce new regulations on biotechnology drugs in general back in 2009, there are still no specific regulatory guidelines for gene therapy in Mexico. So currently, based on the Mexican legal framework, for health approval purposes gene therapy could be considered as a new biotechnology drug.

According to article 222bis of the General Health Law (GHL), biotechnology drugs are defined as “any substance produced by molecular biotechnology that has a therapeutic effect, either prophylactic or rehabilitative, which is identified as such by its pharmacological activity and its physical, chemical, and biological properties”.

In general, for health approval of biotechnology drugs the kind of information to be submitted to the regulatory agency in Mexico, the Federal Commission for the Prevention of Health Risks (COFEPRIS), is the same as that required by the majority of agencies worldwide, requiring companies to demonstrate safety and efficacy, including quality assurance, through pharmacopeia requirements and good manufacturing practices.

However, before initiating the formal COFEPRIS procedure, applicants for biotechnology drugs or any new drug that contain new compounds, indications or formulations must request a meeting with the New Molecules Committee (NMC), which will review in the first instance the clinical information related to the new drug and will define in advance the kind of trials or information that will be required if the drug is to obtain approval.

The NMC is a consultation body of COFEPRIS regarding the safety information, quality and effectiveness of different health supplies that due to their characteristics require an evaluation by a group of diverse specialists. From 2014, the NMC has a Subcommittee of Biotechnological Products Evaluation (SBPE) specifically to assess biotechnology drugs.

The SBPE comprises a technical secretary, a position held by a Health Authorization Commission directive, and representatives of the National Institute of Genomic Medicine, the National Autonomous University of Mexico, the National Polytechnic Institute and the General Health Council (which depends directly on the president of Mexico).

In the case of seeking gene therapy approval, the NMC through the SBPE would be given the task of assessing, on a case-by-case basis, the kind of tests and information that would be requested of an applicant to receive approval for such gene therapy.

In order to draw regulatory roadmaps for therapeutic programmes, some companies are opting for the strategy of first performing the preclinical and clinical efforts in the US and Europe, thus enabling them to comply with both US Food and Drug Administration (FDA) and European Medicines Agency (EMA) gene therapy requirements, which are more delineated by means of specific guidance or directives. With the FDA’s and EMA’s feedback and approval, companies could then turn to COFEPRIS hoping that this may accelerate the phase 1 clinical trial authorisation in Mexico.

Nevertheless, the approval process in the US and Europe can be lengthy and tortuous, and there is no guarantee that COFEPRIS, the NMC and the SBPE are going to facilitate the regulatory path in Mexico, so defining and enforcing approval guidelines is at the core of acquiring global credibility. Furthermore, local clinical research must be encouraged to ensure safety and effectiveness of gene therapies considering the particulars of the genetic profile of Mexico.

Even when researchers and investors developing gene therapies are aware and prepared for a prolonged and iterative evaluation process, greater clarity and predictability in the process of regulatory evaluation and approval is a worldwide necessity.

The Secretariat of Health, through COFEPRIS, must make a real effort to keep up with the global pace and set proper guidelines and rules for new technologies, particularly with groundbreaking and life-changing technologies such as gene therapy. COFEPRIS must work fast if Mexico is to transition to an economy of knowledge and innovation oriented to improve the health of its people.

Because of this regulatory uncertainty there are two other issues that will need solution sooner rather than later: (i) protection for innovators against unlawful competition based on clinical data exclusivity; and (ii) the possibility of having “generic”, “bio-comparable” or “equivalent” gene therapies once a gene therapy is first approved.

"COFEPRIS must work fast if Mexico is to transition to an economy of knowledge and innovation oriented to improve the health of its people."

The applicability of the same concepts to biologicals is currently under discussion and development. It has proved controversial due to the impact that processes have in large biological molecules. Gene therapy technologies are likely to be even more complex not only because of that same issue but also because the method of applying the therapies to patients will be of the essence, and a discussion on whether it is possible to have such therapies performed by a third party at low cost is yet to come.

There is no doubt that new technologies will let us have new and better standards of living but they are already challenging the IP and regulatory frameworks, which need to be adapted rapidly in order to make it feasible to bring such technologies to the market.

Hector Chagoya is partner and director of patents and technology at Becerril, Coca & Becerril. He is in charge of the whole patent practice of the firm, one of the largest patent practices in Mexico, as well as of consulting services for leveraging value from IP assets. He can be contacted at: hchagoya@bcb.com.mx

Mariana Gonzalez is a technology manager at Becerril, Coca & Becerril. She focuses her practice on substantive issues of patent litigation, technological competitive intelligence, health regulation and strategic knowledge management, as well as other activities related to technology transfer. She is responsible for all patent analysis and drafting patents. She can be contacted at: mgonzalezv@bcb.com.mx