Getting into the biosimilars action 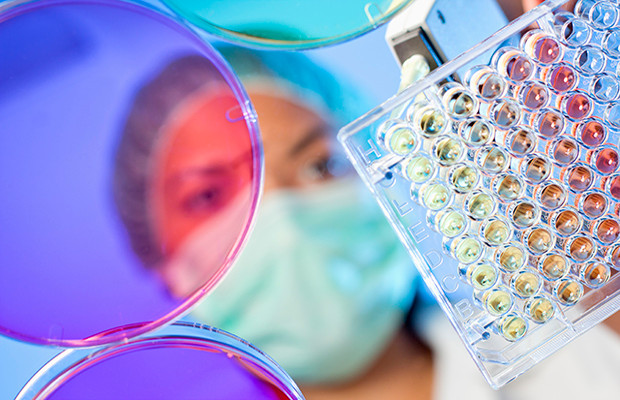 The financial stakes in the biosimilars market are enormous, and an understanding of sequence IP for the underlying technologies and modes of action is key to entry into it, say Henk Heus and Ellen Sherin of GQ Life Sciences.

In March 2016, the Federal Trade Commission (FTC) filed a suit against Endo Pharmaceuticals (among others) for blocking generic competition of its Opana ER (oxymorphone hydrochloride) and Lidoderm (lidocaine) products. It alleged that in addition to paying to delay competitive products, Endo used a no-AG (authorised generic) commitment that gave Watson Laboratories more than seven months of its own monopoly on the market during which Endo would not compete.

To put this into perspective, the FTC’s complaint states that in 2011, Endo generated more than $825 million, or 30% of its total revenue, from Lidoderm (a pain patch). The complaint alleged that, to stave off a generic threat from Watson, Endo provided payments and incentives worth $250 million. Although this suit was settled in January 2017, the FTC refiled charges against Watson for illegally blocking a lower-cost generic version of Lidoderm when it entered into a pay-for-delay agreement with Endo.

Clearly, the opportunities for generic drug products are huge, but there are regulations that must be adhered to when assessing the best ways to maximise a company’s return on drug development investments or planning an entry into a market with a new biosimilar product.

Take, for example, Novartis-owned Sandoz, which released Zarxio in September of 2015. Zarxio is a copycat version of Amgen’s billion-dollar Neupogen drug and the first US Food and Drug Administration (FDA)-approved biosimilar drug launched in the US—the world’s largest pharmaceutical market. It is currently sold at 15% below the price of the original drug.

“You should set up processes and tools to keep better tabs on key sequences in your IP portfolio.”

Neupogen and Zarxio are both biological drugs made from filgrastim, based on the naturally occurring human granulocyte colony-stimulating factor. The 175-amino acid protein is used to stimulate the growth of white blood cells in people with compromised immune systems, for example in patients undergoing chemotherapy or bone marrow transplants. Zarxio is a perfect copy of Neupogen with the exact same amino acid sequence and, as can be expected, the two drugs are indistinguishable from each other in a wide variety of FDA-administered tests.

Biosimilars have been allowed in the US since 2010 as part of the Affordable Care Act, but it took until May 2015 for the legal dispute between Amgen and Sandoz to play out. In Europe, which has allowed biosimilar drugs on its markets for almost a decade, eight competing Neupogen copycats have taken almost 80% of the market.

A piece of the pie

Allowing biosimilars opens up new opportunities in the US pharmaceutical market and, understandably, many generic drug companies are trying to get in on the action. Neupogen biosimilar drugs from Apotex and Hospira are already under FDA review, and are expected to enter the US market soon. However, the US approval process is much slower—as of May 2017 only five biosimilars had been approved, versus 28 in Europe.

Keeping a finger on the pulse of the market for very specific biological sequences is becoming increasingly important. Considering the pace at which products are being developed, it is also becoming more challenging.

What is an IP researcher to do? For starters, you should set up processes and tools to keep better tabs on key sequences in your IP portfolio. There are multiple commercial sequence search products that allow for regular alerts.

For example, consider Neupogen’s 175-amino acid sequence (Figure 1). The search results revealed that there are 409 patent documents that have this identical sequence, falling into 102 simple families, owned by about 65 companies. A quick analysis of the results also tells us that 145 of these documents are granted and at least 41 of these mention the sequence in the claims.

Want more inspiration? An even bigger bounty lies in copying multibillion-dollar antibody drugs for autoimmune diseases and cancer. Johnson & Johnson’s monoclonal antibody Remicade is an antibody that is used to treat autoimmune diseases such as rheumatoid arthritis and inflammatory bowel disease.

In 2016 Remicade sales were estimated at almost $7 billion. In February 2015 South Korea’s Celltrion launched Inflectra, a biosimilar version of Remicade, in Europe, and received FDA approval for US marketing in April 2016, in partnership with Pfizer. European sales of Remicade have since had a reported 30% to 50% drop as a result.

Searching for antibody biosimilars is a little more involved. Where bioactive peptides are frequently described by a full sequence, in the case of antibodies, what matters most are the complementarity determining regions (CDRs), small regions in the antibody amino acid sequence that interact directly with the specific antigen target, the epitope.

It is possible to change a lot of the amino acids outside these CDRs to possibly avoid infringement, and still have a working biosimilar drug. Some commercial sequence search products, such as GenomeQuest, incorporate special methodology called “grouping” of search results, to identify patent documents containing groups of CDRs, as well as the full-length chains comprising specific CDR groups.

Epitope sequences are also frequently used as a key element in claims, in claiming a described antibody that binds to a specific epitope or residues within the epitope.

The financial stakes in the biosimilars market are enormous, and an understanding of sequence IP for the underlying technologies and modes of action is key to entry into this market, or perhaps to locking down a particular bioactive material in order to prevent others exploiting a product. Sequence is at the heart of these products, and it’s essential to be able to properly search and monitor this area of technology.

Henk Heus has been with GQ Life Sciences since 2001, where he currently heads up the vision, strategy, and execution for GQ's Aptean business. He holds a PhD in human genetics and has over 20 years of experience in genomics, software development and IP. Prior to his role at GQ Life Sciences, Heus worked at NV Organon/Akzo Nobel. He can be contacted at: henk.heus@aptean.com