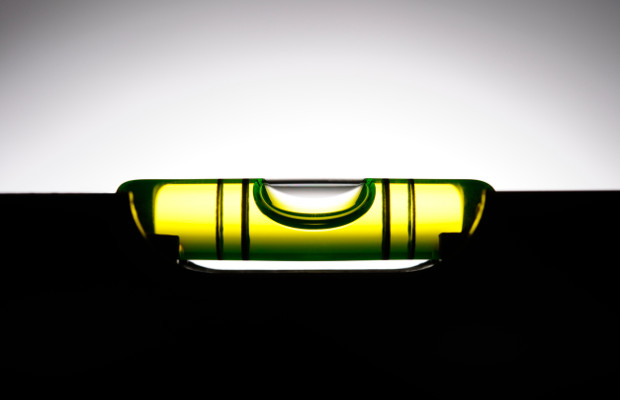 Medical technology companies should not be left out of discussions in Europe about modernising the system for supplementary protection certificates, argues Allison Sadick of Pinsent Masons.

“The EU’s highest court, in a 2013 ruling, held it is possible for a product to be classified as a medical device in one EU member state and a medicine in another.”

Pharmaceutical companies are given the benefit of patent term extensions to compensate for regulatory delay in putting their product on the market. It is time for the European Commission (EC) to make the same extensions available to medical devices when medical device manufacturers experience similar delays.

The EC is considering whether the legal framework for supplementary protection certificates (SPCs), a form of patent term extension, needs to be modernised and intends to open a consultation on the topic before the end of June this year.

It appears that the focus of the EC’s review will be on issues with the SPC system as it relates to medicines. However, it is vital that the review also considers improvements for patent protection of medical devices as the current SPC system seems harsh and arbitrary and places medical technology (medtech) companies at a disadvantage.

In light of the EC's review of the SPC framework, we consider whether it is appropriate for the system to also include medical devices. In particular, we contend that the EC should recognise the length of time it can take for manufacturers of high-risk medical devices to generate a return on their investment into developing their products in the same way existing rules recognise the lengthy drug approvals process pharmaceutical companies have to go through before being able to market their product.

Given that these delays and the loss of effective patent term is the primary justification for granting SPCs in respect of medicines, there is arguably a case that medical devices should similarly be eligible for an extension of patent protection if the developer of a product can demonstrate that it has incurred lengthy delays as a result of obtaining the conformity assessment to place the product on the market.

SPCs extend the life of a patent by up to a maximum of five years. SPCs are currently available only in respect of innovative medicines and plant products which have been authorised by the regulatory authorities and are the subject of a patent. Although SPCs are provided for under EU Regulation No. 469/2009 (SPC regulation), which is directly applicable across the whole of the EU, they must be applied for separately in each EU country.

The rationale for SPCs is to compensate patent holders for the period of patent protection during which they are prevented from commercialising their products owing to the lengthy drug approval process. Patent protection lasts 20 years but it often takes drugs companies around a decade to develop new medicines and undergo the necessary safety and efficacy testing and clinical trials required to gain regulatory marketing approval.

Under the current SPC regulation, SPCs are permitted only in respect of medicines t regulated under the EU medicines legislation. For medical device manufacturers, this means that unless a medical device can be classified and regulated as a medicine (and therefore fall within the SPC regulation), there is unlikely to be any possibility of a patent term extension.

Consequently, the majority of medical devices are generally not entitled to SPC protection despite often facing similar levels of regulation to pharmaceutical products. This is particularly true for more complex and more invasive class 3 medical devices, which generally require substantive clinical trials and safety assessments before regulatory approval is granted, all of which means substantial cost and reduces the time in which to exploit the patent. Ultimately such delay makes it difficult for medical device manufacturers to recover their research and development investment.

However, the lack of SPC protection is less problematic for manufacturers of non-invasive and low-risk devices, so-called class 1 devices, as these face minimal regulatory hurdles (and therefore experience less delay) before they can be marketed.

It is possible for SPCs to be granted in respect of certain medical devices which contain a drug, if their mode of action is akin to that of a medicine, namely, where the therapeutic effect is achieved by pharmacological, immunological or metabolic means.

This is because such devices can be brought within the EU medicines legislation, and in turn the device would be eligible for SPC protection provided that (i) the drug included in, or used with, the medical device is considered as a medicine on its own; (ii) it has not previously been the subject of an SPC; and (iii) the therapeutic effect of the device is achieved by pharmacological, immunological or metabolic means.

National IP offices (IPOs), such as the UK IPO, which are responsible for granting SPCs have commonly  rejected applications for medical devices because they consider that (i) the therapeutic effect of  the device is not achieved by pharmacological, immunological or metabolic means; and/or (ii) the conformity assessment, is not a ‘valid marketing authorisation’.

As such it is apparent that the national IPOs maintain a strict view that medical devices are not a medicine per se, but rather a medical device and therefore are not eligible for a SPC. This was the case for the Cerus Intercept device and Taxol stent, which were both rejected in the UK.

However, the interpretation of the SPC regulation in respect of medical devices has not been consistent across the EU.

An example of this is Leibniz’s NanoTherm device. The company successfully applied for a SPC for the device in the Netherlands, but its applications in the UK and Germany were rejected.

The NanoTherm device is designed to treat tumours, whereby an iron oxide formulation is injected into a tumour before a magnetic field is then applied to it, causing the iron oxide formulation to heat up and kill the tumour cells. The therapeutic effect of the NanoTherm device was produced solely by physical means rather than by pharmacological, immunological or metabolic means, and was therefore held to have failed to have met the criteria for an SPC in the UK and Germany.

Other anomalies whereby SPCs were granted to medical devices despite not being approved as medicines include the yttrium implant device in Germany and the Netherlands for the treatment of cancer. Similarly, the Synvisc device, a replacement joint fluid for body joints such as the knee, was also granted an SPC in the Netherlands.

In each of these cases, the SPC applications were approved after the applicants were able to show that the safety and efficacy testing to secure regulatory approval was analogous to that required under the EU medicines legislation and that the mode of action of the device was achieved by pharmacological, immunological or metabolic means. They also demonstrated that the substance on its own would have been regulated  as a medicine and thus eligible for an SPC.

A case for medical device SPCs

The inconsistent and divergent treatment of combination medical devices by the national IPOs and courts shows that there is an increasing need for the SPC system to better protect innovative and complex medical devices. Further, it is likely to lead to uncertainty and could act as a barrier to trade in the internal market. This is not least because the EU’s highest court, in a 2013 ruling, held it is possible for a product to be classified as a medical device in one EU member state and a medicine in another, so the availability of SPC protection will vary between EU countries.

In light of the commission’s recent attention to SPCs and medical devices (albeit separately), we consider that it is an opportune time to ensure there is parity between the regulation and corresponding IP protection of medicines and high-risk medical devices such that medical device manufacturers are seemingly not at a disadvantage for bringing innovative devices to market versus their pharmaceutical counterparts.

Accordingly, medtech companies should seize the opportunity to submit comments to the EC’s consultation when it is available, or engage with the commission now to ensure that patent term extensions for medical devices is on the agenda.

Allison Sadick is a lawyer at Pinsent Masons. She can be contacted at: Allison.Sadick@pinsentmasons.com