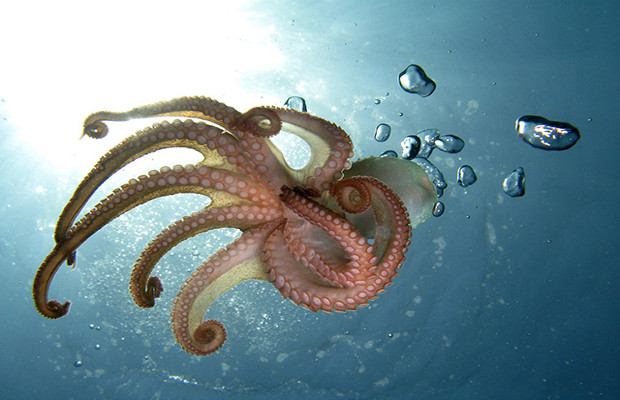 Global companies are watching a pending life sciences patent case at the US Supreme Court because of its potential impact both within and outside US borders, as Sandra Kuzmich and Russell Garman of Frommer Lawrence & Haug explain.

After hearing three patent cases in its last term, the US Supreme Court agreed in June to take on another: Life Technologies et al v Promega et al. The Supreme Court’s focus will be on the meaning of a particular phrase—“substantial portion”—that appears in 35 USC §271(f)(1). This section of the patent statute governs infringement in circumstances where components from the US are shipped abroad for inclusion in a combination that would have infringed a patent had the combination been manufactured in the US.

This case is garnering the interest of many companies that operate globally. The way “substantial portion” is interpreted will affect the scope of infringement under this statute, which in turn could have ramifications on companies’ domestic and foreign production practices.

Promega sued Life Technologies in the US District Court for the Western District of Wisconsin for infringing patents that Promega either owns or licenses, in particular US patent number RE 37,984. The ‘984 patent claims a kit comprising a mixture of primers, a polymerising enzyme such as Taq polymerase, nucleotides for forming replicated strands of DNA, a buffer solution for performing a PCR, and control DNA. Among other accusations, Promega contended that Life Technologies infringes the ‘984 patent under §271(f)(1).

In its decision, the district court held that Life Technologies did not infringe the ‘984 patent under §271(f)(1), in part because Life Technologies included in its kits only a single component from the US. In coming to this decision, the district court concluded that the statute requires that at least two components are supplied from the US based on the “substantial portion of the components” language.

"Based on how the Supreme Court decides the case, these companies may opt to manufacture their components outside the US in order to reduce their potential exposure to liability."

The US Court of Appeals for the Federal Circuit disagreed and, relevant to this discussion, found that the “all or a substantial portion of the components of a patented invention” language in §271(f)(1) can be satisfied by a single component. The Federal Circuit interpreted “substantial” to mean “important” or “essential”, and determined that there is no evidence to suggest that “portion” requires a certain quantity or that it cannot be met by a single component.

Following a petition by Life Technologies, the Supreme Court agreed to take up the question of whether the Federal Circuit “erred in holding that supplying a single, commodity component of a multi-component invention” from the US is an infringing act under 35 USC §271(f)(1).

The Supreme Court’s ruling will be closely watched by corporations that supply components from the US for a product manufactured abroad and ultimately sold in the global market. If the Supreme Court upholds the decision rendered by the Federal Circuit, companies may now be liable for damages resulting from the worldwide sales of the foreign product, even if a company’s involvement is limited to exporting from the US a single staple commodity component that is then used in the commercial product.

For example, companies in regulated industries such as diagnostics will be carefully watching the outcome of the case. If the Supreme Court embraces the Federal Circuit’s broad interpretation of §271(f)(1), it may present a challenge for these companies to readily change their established manufacturing practices and sometimes dedicated manufacturing sites to adapt to the new standard.

In such industries, a facility manufacturing a regulated product operates under approved processes and practices, making it difficult to change manufacturing sites or alter operating procedures without emergency or extenuating circumstances. The decision to select these facilities must have already taken into account, among many other factors, patent rights. An affirmation by the Supreme Court may present significant operational challenges for the regulated industries to now avoid exposure to liability under §271(f)(1).

Additionally, the case will attract the attention of nascent companies that are in the early stages of developing products and selecting manufacturing sites. If the Federal Circuit’s interpretation of the statute stands, start-ups may be less likely to manufacture in the US, especially if their products include components that are simply designed or common. Based on how the Supreme Court decides the case, these companies may opt to manufacture their components outside the US in order to reduce their potential exposure to liability.

The Supreme Court will not decide this case until 2017, but the arguments presented by Life Technologies—and reiterated by the solicitor general in its amicus brief—that the Federal Circuit misinterpreted the statute, present a persuasive position.

This argument is even more compelling when considered in light of the language in a different section of the patent statute, §271(f)(2), which prohibits the supply of any “especially made” component “where such component is uncombined”. The parallel language of §271(f)(1) and §271(f)(2) demonstrates that “such components” is informative in concluding that more than one component is intended to be captured by the phrase “substantial portion”.

Further, Life Technologies and the solicitor general both stated that the presumption against extraterritoriality supports the determination that §271(f)(1) requires the supply of a quantitatively substantial portion of the components of the invention. The Supreme Court discussed the presumption against extraterritoriality in Microsoft v AT&T, which also involved infringement under §271(f)(1).

In Microsoft, the court explained that the presumption assumes that legislators “take account of the legitimate sovereign interests of other nations when they write American laws” and that “foreign conduct is [generally] the domain of foreign law”. The court recognised that the scope of §271(f)(1) is extraterritorial since it imposes liability on domestic conduct that affects certain foreign conduct, but that the presumption is supposed to be instructive when determining the breadth of the statute.

With this in mind, Life Technologies and the solicitor general submit that the Federal Circuit’s interpretation extends the reach of the statute to domestic acts that play only a minor role (eg, supply of only a single component) in the overarching transaction, which means that there is liability even though most of the conduct occurs extraterritorially.

In contrast, an interpretation of the statute that requires a quantitatively substantial portion of the components to be supplied from the US would mean that the domestic conduct constitutes a bulk of the overarching transaction; this interpretation would comply with the presumption against extraterritoriality.

Promega has provided counterarguments, but given the discussion above there is reason to believe that the Supreme Court may ultimately disagree with the Federal Circuit. Nonetheless, many companies will be awaiting the court’s decision in this case.

The opinions expressed are those of Sandra Kuzmich and Russell Garman and do not necessarily reflect the views of Frommer Lawrence & Haug or its clients. This article is for general information purposes and is not intended to be, and should not be taken as, legal advice.

Sandra Kuzmich is co-chair of the life sciences group at Frommer Lawrence & Haug. Her practice focuses on strategic IP counselling and patent litigation in the areas of pharmaceuticals and biotechnology. She can be contacted at: skuzmich@flhlaw.com

Russell Garman is an associate at Frommer Lawrence & Haug. He focuses his practice on developing and managing global patent portfolios, counselling on product life cycle management, and patent litigation in the life sciences. He can be contacted at: rgarman@flhlaw.com