No SPC crown for Royalty Pharma 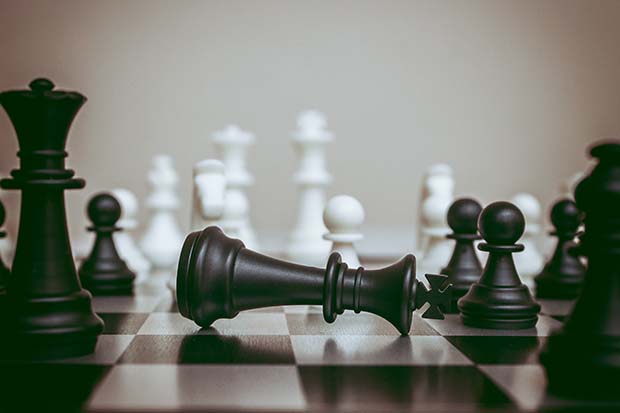 An attempt to obtain a supplementary protection certificate ended up raising the bar to achieving this coveted IP, as Joel Beevers and Michael Pears of Potter Clarkson explain.

In its newest interpretation of article 3(a) of the EU’s Regulation on supplementary protection certificates (SPCs) in Royalty Pharma (C-650/17), the Court of Justice of the EU (CJEU) confirmed that active ingredients covered by a functional definition in the claims, but that were developed only after the filing date of the basic patent following an independent inventive step, are not protected by that basic patent.

SPCs offer up to five-and-a-half years of additional protection for certain pharmaceuticals or plant protection products as a form of compensation for the patent holder’s inability to commercially exploit the corresponding patent during the period before grant of a marketing authorisation (MA).

Under the first condition, the product (ie, the active ingredient or combination of active ingredients) must be “protected by a basic patent in force”. Previous CJEU case law has established that to be “protected”, a product must do more than simply infringe the patent claims—some degree of specificity is required by the language of the claims and of the disclosure in the specification.

In the present case, Royalty Pharma sought an SPC to extend the protection of its licensee’s product Januvia (sitagliptin), used for treating diabetes. Royalty Pharma argued that sitagliptin is protected by the claims of its patent, EP 1 084 705, defined in purely functional terms including “Activity-lowering effector of dipeptidylpeptidase IV (DP IV)-enzymatic activity” and “DP IV-inhibitor”, with no structural features. Further, sitagliptin was developed after the priority date of Royalty Pharma’s patent and is itself the subject of a separate patent (EP 1 412 357) with structurally-defined claims, giving rise to its own SPCs.

Following refusal of the SPC application by the German Patent and Trademark Office (DPMA), the Federal Patent Court of Germany (Bundespatentgericht) referred three questions to the CJEU, seeking clarification on the interpretation of article 3(a) in light of:

1) Whether the product needs to be provided as a specific embodiment in the claims;

2) Whether it is sufficient to claim a general functional definition of a class of active ingredients; and

3) Whether the product is protected even if it was developed after the patent filing date as a result of an independent inventive step.

While the present case was pending, the CJEU established in Teva v Gilead (C-121/17) a new two-part test for assessment of compliance with article 3(a), at least under the circumstances in which the product is a combination of active ingredients that is not expressly mentioned in the claims.

The test sets out to determine whether the claims “relate necessarily and specifically” to the product. Accordingly, from the point of view of the skilled person and on the basis of the prior art at the filing/priority date of the patent:

1) The product must necessarily, in the light of the description and drawings of that patent, fall under the invention covered by that patent; and

2) Each of the active ingredients in the product must be specifically identifiable, in the light of all the information disclosed by that patent.

Key points from the decision

In the April 2020 judgment, the CJEU confirmed that the two-part test in Teva v Gilead also applies
to products consisting of a single active ingredient,
at least under the circumstances in which that product is not expressly mentioned in the claims
(as for the purely functional claims of Royalty Pharma’s patent).

The judgment offers little discussion of the first part of the test—that the product must “fall under the invention” (or “come within the scope of the invention” according to the provisional English translation, which appears to mean the same)—apart from indicating that it has to be judged by reference to the claims. In particular, the court expressly disavowed any use of the concept of a “core inventive advance”.

Regarding the second part of the test, the court confirms that “even where the product which is the subject of the SPC is not in individualised form as a specific embodiment of the method of that patent (ie, not individualised in the description or claims), the grant of an SPC is not, in principle, excluded”.

However, the product must be “specifically identifiable” to the skilled person using a combination of the patent specification, his/her general knowledge in the field on the priority/filing date, and the state of the art on that same date.

The court does not indicate what is required for the product to be “specifically identifiable”, but simply states in its answer to the third question that a product is not “protected” if it is obtained by the “results from research which took place after the priority/filing date … following an independent inventive step”.

Thus, the court appears to leave open the possibility of obtaining an SPC for a product that was arrived at after the filing date of the basic patent, following routine development.

Indeed, the use of the term “identifiable” rather than “identified” in the second part of the Teva v Gilead test suggests that it is not necessary for a product to have been obtained or reduced to practice on/before the priority/filing date of the basic patent, provided that the skilled person would have been able to do so on the basis of the information available at that date.

The court did not opine on how “independent inventive step” would be assessed. For example, would it require the product to have been the subject of its own later-filed patent, in which case assessment may be limited to a superficial patent search, or should it be an objective determination involving a greater degree of search and examination?

If the latter, would inventive step be judged in accordance with (potentially divergent) national case law? Thus in any event, although the court eschewed use of the “core inventive advance” when assessing the first part of the Teva v Gilead test, a similar assessment of inventive step may nevertheless be required in some circumstances under the second part of that test, giving rise to possible divergence between patent offices.

This judgment relates to claims that do not completely define the product structurally (ie, there is at least some degree of functional definition). Defining the product structurally may avoid this test, so it is prudent to review the claims before grant to ensure that they expressly mention the most likely commercial product(s) in structural terms. To facilitate this, innovators should continue to include as much structural information and examples in the patent as possible.

To maximise the chances of a product passing the “specifically identifiable” criterion, innovator patentees filing a first patent application without a final commercial product need to consider including evidence and explanations in that patent application of how the skilled person would reduce any broad functional definition to practice through routine development (ie, without inventive activity).

This should be balanced against considerations of whether the patentee may itself file a later patent application directed to the commercial product, ie, if it is expected to be independently inventive. SPC applicants should also be prepared to supplement their SPC applications with such evidence and explanations, making the application process much less simple.

Innovators must already decide which single patent to use as the basis for an SPC application, given that an SPC applicant may only have one SPC per product (article 3[c] in view of article 3[2] of the Plant Protection Products SPC Regulation). This judgment adds another factor to the deliberations (alongside, eg, length of term and scope of the potential SPC, and the underlying validity of the basic patent) because innovators will need to consider whether an earlier patent with a broad functional definition reliably satisfies article 3(a) and whether making an argument that the product development was routine may weaken the validity of a later patent.

This judgment may also need to be factored into licence agreements when multiple parties have patents that could “protect” the product, clarifying who may apply for an SPC and potentially limiting the kind of arguments that can be used during the application process.

The judgment is also relevant to the outstanding issue of so-called “third-party SPCs”, where a patent holder seeks an SPC for a product for which an MA has been granted to a different party, with or without that party’s consent. This more restrictive test for compliance with article 3(a) requires the product to be specifically identifiable as of the priority/filing date, so it is likely to be much more difficult for a patentee to obtain an SPC on the basis of a third party’s product, because the necessary pointers to that product may not be present in the specification.

Impact on generics and other parties

Parties wishing to enter the market with their own product (or generic version) now have an extra string to their bow for attacking the validity of existing SPCs, since any product that—like sitagliptin—may have required an independent inventive step for its subsequent development after the patent priority/filing date is now vulnerable to SPC invalidation.

However, parties should exercise care in doing so, since this may involve making public arguments that such products are themselves inventive, which may strengthen the position of a later-filed patent (and thus, a potential later-expiring SPC).

The present judgment once again restricts applicants’ ability to obtain SPC protection, particularly when the basic patent represents early-stage research or platform technology. It also reduces the ability of a third party to obtain SPC protection for a product they did not develop, and at the risk of hindering the patent proprietor from protecting its own final commercial product, depending on the timing of the patent filing in the development pipeline.

Nevertheless, while the judgment focuses on the unallowable involvement of subsequent independent inventive activity, the court’s silence on the express allowability of ”routine” development leaves open this important door.

Joel Beevers is an associate and patent attorney at Potter Clarkson. He can be contacted at: joel.beevers@potterclarkson.com

Michael Pears is a partner and patent attorney at Potter Clarkson. He can be contacted at: michael.pears@potterclarkson.com