Raising the bar to patentability 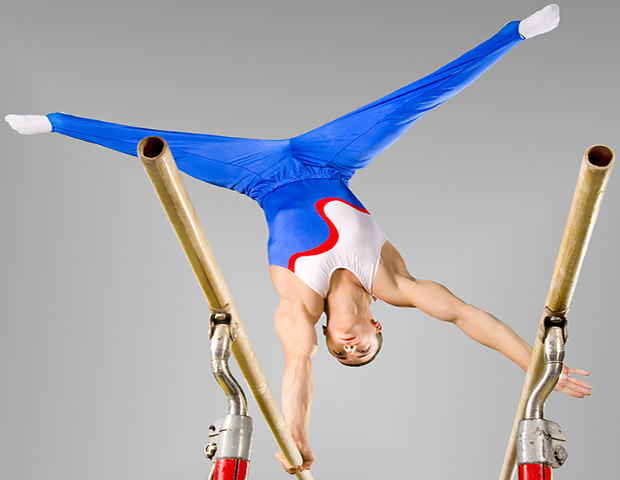 A pending case at the US Court of Appeals for the Federal Circuit may give the pharmaceutical and biotechnology industry important guidance on issues surrounding third-party contract manufacturing and the on-sale bar to patentability, as Porter Fleming and Jason Kanter of Frommer Lawrence & Haug report.

On May 5, 2016, the US Court of Appeals for the Federal Circuit—sitting en banc—heard arguments to address whether an inventor’s use of third-party manufacturing services triggers the on-sale bar to the patentability of an invention, while the same activities conducted in-house would not implicate the same statute. The case is The Medicines Company v Hospira. The issues before the 12-judge en banc Federal Circuit are of particular concern to biotechnology innovators as many use third-party contractors to develop or manufacture their products.

Under US patent law, a patent can be rendered invalid if the invention was on sale more than one year before the date of the patent application. Commonly referred to as the “on-sale bar”, this aspect of US patent law protects the public by preventing inventors from extending a monopoly by selling their product for more than a year and then attempting to patent the same product to gain additional market exclusivity.

The on-sale bar also prevents public knowledge and products from being captured by a patent. Applied too broadly, however, the on-sale bar has the potential to invalidate innovative patents for activities that do not extend a monopoly or otherwise implicate any policy goals associated with the on-sale bar.

The en banc rehearing in The Medicines Company case stems from a Federal Circuit panel (three-judge) decision finding that a patentee’s use of a third-party service provider to manufacture an invention was equivalent to a sale of the invention (an alleged sale from the contract manufacturer back to the inventor). In the panel decision, the court stated that the patentee paid a third-party manufacturer “for performing services that resulted in the patented product-by-process, and thus a ‘sale’ of services occurred”.

Of note, the court found a sale even though it was undisputed by the parties and recognised by the panel that the patentee held title to the products at all times and that title to the products did not change hands. In finding the patents invalid, the Federal Circuit also relied on an earlier case—Special Devices v OEA—for the proposition that there is no “supplier exception” to the on-sale bar.

The panel’s decision was vacated by the en banc court, which has asked the parties to specifically address: (i) whether there was a sale under §102(b) despite the absence of a transfer of title; (ii) whether the alleged sale was commercial in nature or an experimental use; and (iii) should the Federal Circuit overrule or revise the principle in the Special Devices case that there is no “supplier exception” to the on-sale bar?

The heart of the issue presented to the Federal Circuit is whether patentees who, through necessity or choice, use third-party contract manufacturing services to develop or manufacture a product, should be treated differently from companies that can perform the same tasks in-house.

A number of important amicus brief filers in the rehearing en banc have agreed that they should not, including the US Department of Justice (DoJ), Biotechnology Innovation Organization (BIO), American Intellectual Property Law Association (AIPLA), Intellectual Property Owners Association (IPO), Pharmaceutical Research and Manufacturers of America (PhRMA), and others. (Users with access to www.pacer.gov can obtain copies of the amicus filers’ and parties’ briefs by searching for federal circuit appellate case number 14-cv-1469.)

Seven of the nine amicus filers, including the DoJ, explicitly supported the patentee’s positions, urging the Federal Circuit to find the patents at issue valid. Two amicus filers were in favour of neither party, but their positions support a finding that confidential contract manufacturing services should not trigger the on-sale bar.

If the Federal Circuit determines that such third-party services do trigger the on-sale bar, it could have a number of far-reaching consequences for the pharmaceutical and biotechnology industries. As noted in the BIO amicus brief, “even the very largest companies in the biopharmaceutical industry rarely maintain their own internal resources to conduct all manufacturing and to fill and finish products because even for large companies it often is more efficient to use [contract manufacturing organisations] to perform these services”.

This sentiment was mirrored by IPO, whose “members are concerned that the panel’s decision will expose their inventions to the on-sale bar under 35 USC §102(b) before they have received a commercial benefit for their invention, and place them at a competitive disadvantage to those who are able to manufacture the products of their inventions in-house”.

Consensus in the briefs

Although the amicus filers were split on how to deal with these issues, there was consensus that the on-sale bar should not apply to confidential contract manufacturing services performed on behalf of a patentee. For example, the US government argued that such services do not make an invention sufficiently public to warrant application of the on-sale bar.

"Two amicus filers were in favour of neither party, but their positions support a finding that confidential contract manufacturing services should not trigger the on-sale bar."

“In general, an inventor’s confidential agreement with a third-party manufacturer to produce the patented invention for the inventor’s own use will not make the invention available to interested members of the public. Consequently, it should not trigger the on-sale bar. This interpretation of the on-sale bar will level the playing field between startups that lack manufacturing capabilities and large companies that have the resources to manufacture and test an invention in-house, without any need to recognise a special ‘supplier exception’.”

Other amici, including AIPLA, IPO, and PhRMA, argued that third-party manufacturing alone is generally not “commercial”, which is a Supreme Court requirement for applying the on-sale bar (see Pfaff v Wells Elecs). For example, AIPLA urged that “a supplier-to-inventor transaction, like an experimental use, is not a commercial offer for sale where the transaction shows no indication that the inventor is exploiting the commercial value of the invention”.

AIPLA further reasoned that “because it is not commercial, applying the on-sale bar to a supplier-to-inventor transaction does nothing to deter the premature commercial exploitation of the invention to the detriment of the public.” Likewise, addressing the specific facts in the case, PhRMA argued that “it cannot be that the offer of payment for services was sufficient to trigger the bar, since the court has previously held that the exchange of money does not necessarily make a transaction commercial (much less a sale)”.

While the majority of the briefing submitted to the Federal Circuit argued that supplier-to-inventor transactions do not trigger the on-sale bar, the Federal Circuit may find otherwise. Hospira has asserted that the mere ownership of saleable products is “commercial” and that the manufacture of such products by a third-party triggers the on-sale bar.

A Federal Circuit ruling broadly applying the
on-sale bar to confidential third-party manufacturing may require biotechnology companies to re-think their approach to intellectual property and product development in general. Companies may be forced to file patent applications and seek IP earlier in a product’s development process, before inventions are fully developed, tested, or finalised.

Alternatively, companies may feel compelled to develop in-house manufacturing capabilities. Neither of these solutions is perfect. As BIO cogently explained in its amicus brief, “the spectre of the on-sale bar will create a dilemma by forcing companies to choose between prematurely filing patent applications with the barest minimum technical disclosure, or delaying development of inventions until companies have available internal manufacturing capability”.

While the on-sale bar is an important feature of US patent law, overbroad application of it runs the risk of: (i) disadvantaging patentees who cannot manufacture or do not have the capacity to efficiently manufacture goods in-house; (ii) increasing inefficiencies in manufacturing and bringing drugs to market; and (iii) incentivising rushed patent applications that may be incomplete or may not adequately cover a final product or invention.

A decision from the en banc Federal Circuit in this case may give the pharmaceutical and biotechnology community guidance on these important on-sale issues.

The opinions expressed are those of the authors and do not necessarily reflect the views of Frommer Lawrence & Haug or its clients. This article is for general information purposes only and is not intended to be, and should not be taken as, legal advice. Fleming and Kanter are counsel of record for The Medicines Company in the pending en banc rehearing and in other pending litigations involving the patents at issue.

Porter Fleming leads the litigation practice group at Frommer Lawrence & Haug and has more than 25 years of complex IP litigation experience. He can be contacted at: pfleming@flhlaw.com

Jason Kanter is an associate at Frommer Lawrence & Haug. His practice focuses on Hatch-Waxman and other IP litigation. He can be contacted at: jkanter@flhlaw.com