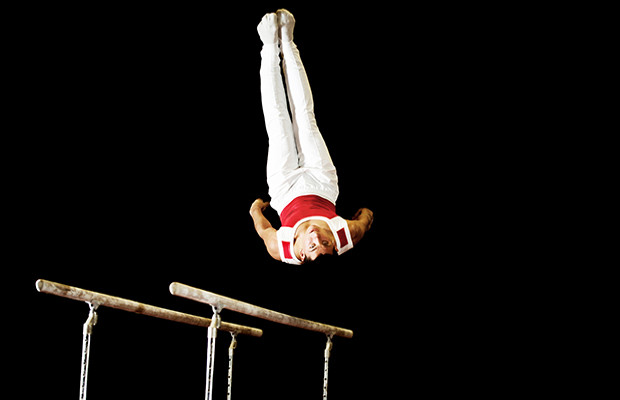 Patent applicants have long wrestled with the question of how much experimental evidence to include in a new patent application. David Carling and Richard Wells of Potter Clarkson examine the issue in Europe.

The inclusion of experimental data in a patent application is important to fulfil the patentability requirements in the major jurisdictions.

In the life sciences, the question of how much experimental evidence to include in a new patent application is particularly important as the time required to complete studies, which can be months or even years, conflicts with the first-to-file requirement of all major patent offices.

In Europe, the absence of adequate data can lead to difficulties demonstrating the presence of an inventive step or sufficiency (enablement).

The extent to which an applicant or patentee is entitled to rely on experimental results available only after their patent application was filed (so-called ‘post-published evidence’) varies depending on the country and the issue at hand.

For inventive step objections at the European Patent Office (EPO), it is well established that it is possible to rely on post-published evidence only if the application as filed, together with the common general knowledge, makes it ‘plausible’ that the technical effect is achieved across the entire claim scope.

While patent practitioners generally seek to include as much experimental data as possible, applicants often need to strike a balance with other strategic objectives and commercial goals.

It may sometimes be desirable to withhold key experimental results to maintain a commercial advantage over competitors.

Additionally, results that are obtained through a collaboration may not always be freely available for all parties to use in a patent application.

Previously, applicants might have taken a calculated risk to omit such data from an application, and hope that they can rely upon the data later to demonstrate the existence of an inventive technical effect.

T 0488/16, a recent decision from a Board of Appeal at the EPO, suggests that the bar of ‘plausibility’ has been raised, and thereby limited the situations in which post-published evidence may be considered in an inventive step assessment.

Using post-published evidence at the EPO

It is well-established that the European Patent Convention does not explicitly require a patent application to contain experimental data, either to demonstrate an inventive step or to fulfil the requirements for sufficiency of disclosure and support.

However, it has long been the position of the EPO that an applicant cannot rely on baseless assertions as evidence that a claimed invention gives rise to an advantageous technical effect.

Evidence of that technical effect should ideally be contained in the application itself or in the common general knowledge, but where that is not the case the applicant may be allowed to rely on post-published evidence to support its position.

Decision T 1329/04 is a seminal case on the issue of ‘plausibility’ in the context of inventive step assessment, setting a relatively low ‘plausibility’ threshold for patent applications.

In that case, the claims under examination related to a polynucleotide encoding growth differentiation factor-9 (GDF-9), a new member of the transforming growth factor (TGF) Beta protein family.

The applicant asserted that the claimed polynucleotide solved the problem of providing a new TGF-Beta family member, but the application did not contain experimental evidence showing that GDF-9 functioned as a TGF-Beta protein.

The applicant tried to overcome this by relying on post-published evidence demonstrating the function of GDF-9, but the board refused to consider it.

Critical to this decision was the lack of structural similarity between GDF-9 and known TGF-Beta family members; GDF-9 had only 34% homology with the most similar known TGF-Beta and lacked key structural features.

In light of these structural differences, the board found that it was not plausible that GDF-9 would function as a TGF-Beta protein, and the application was refused for lack of inventive step.

A counter example to T 1329/04 is T 0428/12, which related to a compound per se that was purported to be a proteasome inhibitor with improved pharmacological properties.

Referring to T 1329/04, the board found that, despite the claimed compound not being exemplified, the application contained pharmacological data demonstrating the function of structurally similar compounds.

Therefore, there was no substantiated doubt on the plausibility that the claimed compound exhibits proteasome inhibitor activity.

A similar decision was made in T 1677/11, in which the facts were distinguished over those in T 1329/04 on the grounds that “concrete technical basis was given for the reservations expressed” regarding plausibility in T 1329/04.

The reasoning in T 0488/16 represents an important development of the doctrine of ‘plausibility’.

In this decision, which hinged on the lack of experimental evidence in the original application, Bristol-Myers Squibb’s (BMS’s) European patent, EP 1 169 038, was revoked for lack of an inventive step.

The initial patent application was directed to new chemical compounds defined by a broad generic formula; 580 specific compounds were described and were stated to be inhibitors of various protein tyrosine kinases (PTKs).

This included dasatinib (sold as Sprycel), an anti-cancer drug with an annual worldwide turnover in excess of $1 billion.

The sole claim under appeal was directed simply to dasatinib and salts thereof.

Crucially, no numerical data were present in the initial application confirming that any of the exemplified compounds had been tested,
or that they possessed the asserted PTK inhibitory activity.

The only information present regarding the efficacy of the compounds was the statement: “Compounds described in the following examples have been tested in one or more of these assays, and have shown activity”.

The board focused on the absence in the application of any quantitative results, or of any specification of the particular assay or test conditions that had been used to determine the stated activity.

They concluded that “a mere verbal statement that ‘compounds have been found active’ in the absence of any verifiable technical evidence is not sufficient to render it credible that the technical problem which the application purports to solve … is indeed solved”.

During examination, BMS had sought to remedy the issue of the lack of quantitative data in the application by filing post-published evidence of dasatinib’s biological activity.

However, the opposition division and the board both indicated that, in line with established case law, they could not take this evidence into consideration given the lack of plausibility, which must be determined based upon the information in the application as filed and the common general knowledge at the effective filing date.

The board also found that no relevant structure-activity relationships could be identified in view of the complete absence of any data in the application.

Dasatinib was therefore considered to represent an arbitrary choice of compound which could be arrived at without inventive ingenuity.

As a contributing factor, the board also highlighted that the post-published evidence indicated that several compounds of the examples were inactive at certain concentrations, further weakening the value of the statement in the original application regarding activity.

While previous case law suggests that plausibility should be denied only if there was a good reason, at the time of filing, for it not to have been considered plausible that the claimed solution solved the technical problem, T 0488/16 appears to redefine the threshold of plausibility, and thereby places a greater burden on the applicant/patentee to include verifiable evidence in the application as filed to demonstrate that this threshold is met.

In T 0488/16, the board reiterated that it is not essential that the application contains experimental data or results, provided the nature of the invention is such that it relies on a technical effect which is either self-evident or predictable or based on a conclusive theoretical concept.

Nevertheless, it is clear that it is not sufficient merely to assert that the technical problem the application purports to solve is solved. Some form of verifiable evidence is required in the application as filed.

When drafting new European patent applications, applicants should minimise the extent to which they may need to rely on post-published evidence during pre- and post-grant proceedings, bearing in mind that reliance on what is made plausible from the common general knowledge opens up questions of obviousness.

In the absence of adequate experimental results, additional effort should be put into the construction of a strong technical explanation for the purported effect which overcomes the plausibility threshold, thereby enabling the applicant later to rely on post-published evidence.

It is clear from T 0488/16 that it will not always be possible to address this issue even by severely narrowing the scope of the claims.

This decision may also provide useful ammunition for opponents during oppositions.

In most cases, the threat of the plausibility issue may result in the delaying of filing new applications until sufficient data become available.

As the EPO’s recent decision brings its approach closer in line with that adopted by other patent offices, most notably those in China and Japan, these choices will be familiar to practitioners handling worldwide patent portfolios.

David Carling is a patent attorney and senior associate at Potter Clarkson. He has a PhD in inorganic chemistry and handles patent matters for a wide variety of clients from start-ups to big pharma, in the fields of medicine, materials and chemical processing. He can be contacted at david.carling@potterclarkson.com

Richard Wells is a patent attorney and associate at Potter Clarkson. He has a PhD in developmental genetics and handles patent matters from across the biotech sector, specialising in the fields of vaccine technology, therapeutic peptides, immunotherapy, and diagnostic methods. He can be contacted at richard.wells@potterclarkson.com