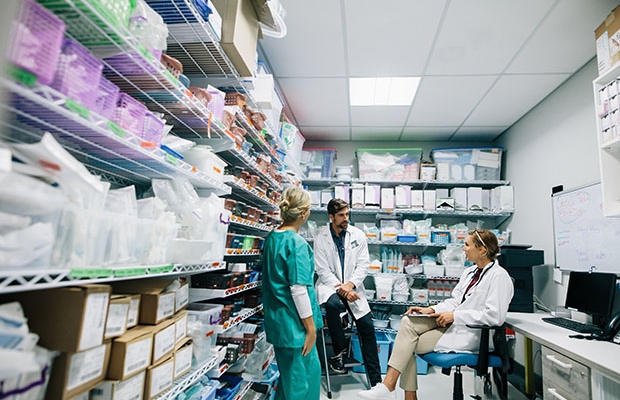 Two references to the Court of Justice of the European Union should help clarify the position on what exactly is eligible for a supplementary protection certificate, as Michael Pears and Joel Beevers of Potter Clarkson explain.

Supplementary protection certificates (SPCs) are intended to ensure that medicinal products requiring marketing authorisation (MA) are adequately protected. They safeguard a sufficient return for, and thereby incentivise, pharmaceutical research involving significant pre-clinical and clinical work. Such work can include not only the development of new active ingredients per se, but also new inventions involving existing active ingredients.

A fundamental question is how to interpret the requirement in article 3(d) of the SPC Regulation, which states: “(d) the authorisation [being relied on, that covers the product], is the first authorisation to place the product on the market as a medicinal product”.

Until the Court of Justice of the European Union (CJEU)’s judgment in Neurim Pharmaceuticals (C-130/11), which was handed down on 19 July 2012, article 3(d) had been interpreted strictly to mean that an SPC for an active ingredient (or combination of active ingredients) could be granted based only on the first MA for the active ingredient(s). Hence, although SPCs could reward the development of new active ingredients, there was no reward available for new uses of existing active ingredients.

In Neurim, however, the CJEU departed significantly from this practice and ruled that: “The mere existence of an earlier MA obtained for a veterinary medicinal product does not preclude the grant of an SPC for a different application of the same product for which an MA has been granted, provided that the application is within the limits of the protection conferred by the basic patent relied upon for the purposes of the application for the SPC.”

The question grappled with by patent professionals ever since has been how broadly the term “different application” in Neurim can be interpreted to obtain an SPC.

In August 2016, the UK Intellectual Property Office (UKIPO) refused Abraxis’ SPC application for “paclitaxel formulated as albumin bound nanoparticles” covering the product nab‑paclitaxel (Abraxane), on the basis that paclitaxel itself had already been approved.

On appeal at the UK High Court, Justice Arnold agreed with the UKIPO that the active ingredient in Abraxane is paclitaxel, not nab-paclitaxel. Hence, as paclitaxel was the subject of an earlier MA, the Abraxane MA did not constitute the first MA for
the ‘product’.

In view of the uncertain scope of Neurim, Arnold referred the following question to the CJEU: “Is article 3(d) … to be interpreted as permitting the grant of an SPC where the MA is the first authorisation within the scope of the basic patent to place the product on the market as a medicinal product and where the product is a new formulation of an old active ingredient?”

No SPCs for new formulations

In its March 2019 judgment, the CJEU decided that SPCs cannot be granted for new formulations of previously-authorised active ingredients, even if the MA for the new formulation is the first one that falls within the scope of the basic patent relied on for
the SPC.

In arriving at this conclusion, the CJEU recalled earlier case law to confirm that the term “product” should be strictly understood as referring only to active ingredients that have a therapeutic effect on their own. Since excipients or carriers do not qualify, the court opined that the particular form of paclitaxel in Abraxane would not constitute a new “product”.

"The CJEU’s answers to these questions will have a profound influence on the future approach to SPCs for new therapeutic applications."

The court endorsed a narrow interpretation of article 3(d), drawing support from recital 10 of the SPC Regulation and the explanatory memorandum to say that, taking into account the interests of all stakeholders, including those of public health, the intention of the legislature was: “To protect not all pharmaceutical research giving rise to the grant of a patent and the marketing of a new medicinal product, but to protect research leading to the first placing on the market of an active ingredient or a combination of active ingredients of a medicinal product.”

Allowing SPCs for new formulations of previously-authorised drugs would allegedly jeopardise this objective and lead to legal uncertainties and inconsistencies.

The CJEU’s narrow literal interpretation of article 3(d) is no doubt a blow to innovators and is difficult to square with the more liberal interpretation adopted in Neurim. While the court did recognise Neurim as an “exception”, it failed to offer definitive guidance on its scope, except that “new formulations” were unallowable. The hope is that the CJEU will decide on the correct approach in its forthcoming decision in Santen.

One saving grace is that the CJEU did not overturn Neurim as “bad law”, as proposed by the Advocate General in his earlier non-binding advisory opinion.

It is still possible that SPCs may be obtained for second and further medical uses of a known product, albeit not for new formulations. For example, a “different application” may read on to a “specific use” embodied in second medical use claims under article 54(5) of the European Patent Convention, and so may still include therapeutic indications, routes of administration and dosage regimes.

Indeed, equating a “different application” to a “specific use” would neatly carve out new formulations to make Abraxis consistent with Neurim.

Alternatively, it may be that the “exception” of Neurim is limited to the specific facts of the case, namely that there is an earlier veterinary product MA and a later first (human) medicinal product MA, such that only one veterinary SPC and one human medicinal SPC could ever be granted for a given product.

However, this would seem to be an arbitrarily narrow scope of the exception when the rationale underpinning Neurim arguably extends far wider.

At the Paris Court of Appeal, Santen argued that, in view of Neurim, the relevant “first authorisation” in respect of the ciclosporin emulsion covered by the basic patent was the MA for Ikervis, not the MA for Sandimmun, which was instead an oral solution. Santen also argued that the approved therapeutic indications of Sandimmun and Ikervis were different, as were the dosage and mode of administration of the respective formulations.

Uncertain of the correct interpretation of the concept of a “different application” in Neurim, the court referred two questions to the CJEU:

Must the concept of a ‘different application’ within the meaning of the judgment of Neurim be interpreted strictly, that is to say:

—as limited only to the situation where an application for human use follows a veterinary application;
—or as relating to an indication within a new therapeutic scope, in the sense of a new proprietary medical product, compared with the earlier MA, or a medicinal product in which the active ingredient acts differently from how it acts in the medicinal product to which the first MA related;
—or more generally, in the light of the objectives of Regulation (EC) No 469/2009 of establishing a balanced system taking into account all the interests at stake, including those of public health, must the concept of a “new therapeutic use” be assessed according to stricter criteria than those for assessing the patentability of the invention;
—or must it on the other hand be interpreted broadly, that is to say, as including not only different therapeutic indications and diseases, but also different formulations, posologies and/or means of administration?

Does the expression “application within the limits of the protection conferred by the basic patent” within the meaning of Neurim mean that the scope of the basic patent must be the same as that of the MA relied upon and, therefore, be limited to the new medical use corresponding to the therapeutic indication of that MA?

The first question seeks clarification of which types of “different application” of a previously-authorised active ingredient may qualify for an SPC, setting out four options, including a “new formulation” (which has now been rejected in Abraxis).

The second question seeks clarification of what the scope of the claims must be relative to the therapeutic indication covered by the later MA.

The CJEU’s answers to these questions will have a profound influence on the future approach to SPCs for new therapeutic applications (and possibly new formulations) of old active ingredients.

It is to be hoped that the CJEU will provide much-needed guidance on how different a “different application” must be from a prior MA to obtain a new SPC.

Michael Pears is a Chartered patent attorney and European patent attorney at Potter Clarkson. He handles a wide range of biotechnological subject matter and has particular expertise in the drafting and prosecution of patent applications concerning immunotherapy, protein stability, gene therapy, metabolic profiling, drug delivery, and assay technologies. He can be contacted at: michael.pears@potterclarkson.com

Joel Beevers is a patent assistant at Potter Clarkson and works in the Biotechnology and Pharmaceuticals team. He specialises in the life sciences, with experience in the drafting and prosecution of patent applications. He can be contacted at: joel.beevers@potterclarkson.com