Stemming the tide of rejections 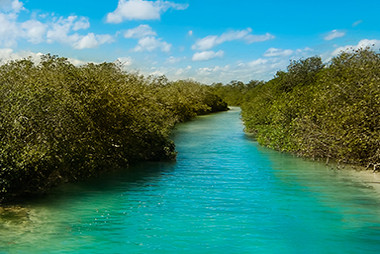 Mexican patent examiners usually reject patents directed to human embryonic stem cells, but applications filed after 2008 may have a greater chance of being approved, as Jasmin Maqueda of Becerril, Coca & Becerril describes.

Stem cells are undoubtedly of extreme importance in the development of novel therapies and personalised medicine, but their patentability is still under discussion given some of the ethical implications related to their development.

Broadly, there are two types of stem cells depending on their source and properties: embryonic stem (ES) cells and adult stem cells. ES cells, also called pluripotent stem cells, are derived from a four or five-day-old human embryo that is in the blastocyst phase of development. They have the capacity to produce all of the body’s cells.

ES cells may be a source of replacement cells and tissue for organs that have been damaged as a result of a disease, infection, or congenital abnormalities.

Adult stem cells, also called somatic stem cells, have been found in tissues such as the brain, bone marrow, blood, blood vessels, skeletal muscles, skin and the liver. It is generally thought that adult stem cells are limited in their ability to differentiate into other cell types based on their tissue of origin, but there is some evidence to suggest that they can differentiate into other cell types.

The aforementioned properties make these cells a key research tool in the development of cell-based therapies to treat diseases, leading to an extensive search in this field and yielding innovations, some of which may be protected by intellectual property rights. In the stem cell research domain, as in most biotechnology areas, patents are the most prevalent form of legal protection for investment.

In Mexico, as in many other jurisdictions that are compliant with the TRIPS Agreement, patents should be available for all kinds of inventions (article 27[1]). Therefore, inventions relating to adult or somatic stem cells are usually considered patentable if and when such inventions meet all the patentability requirements, which in the case of Mexico are those of the Industrial Property Law (IPL).

However, this situation is not the same for inventions relating to human ES cells, since the TRIPS Agreement provides for exceptions to patentability that include inventions needed to protect public policy doctrine or the collective morality of society, including human, animal or plant, life or health (article 27[2]). In practice, this TRIPS principle is used for these types of inventions, which are being objected to by the Mexican Institute of Industrial Property (IMPI) based on article 4 of the IPL, which says:

“No patent, registration or authorisation shall be granted, nor shall any publicity be given in the Gazette in respect of any of the legal devices or institutions regulated by this law, where their contents or form are contrary to public policy doctrine, morals or good practices, or if they violate any legal provision.”

Using these principles, Mexican examiners have argued that under article 4 of the IPL, the following cannot be considered patentable:

• The use of human embryos for industrial or commercial purposes; and

In connection to the above, on February 4, 2014, in decision T2221/10, one of the technical boards of appeal of the EPO decided that: “… inventions which make use of ES cells obtained by de novo destruction of human embryos or of publicly available human ES cell lines which were initially derived by a process resulting in the destruction of the human embryos are excluded from patentability under the provisions of article 53(a) EPC in combination with rule 28(c) EPC.”

In this appeal, the applicant argued that methods using commercially or otherwise publicly available human ES cell lines were not excluded from patentability because no de novo destruction of human embryos was necessary to perform them, and that the claims therefore did not violate article 53(a) EPC.

However, this argument was rejected by the appeal board, indicating that all steps preceding the claimed use of human ES cells that are a necessary precondition for carrying out the claimed invention have to be considered. Accordingly, even if a claimed method does not require any de novo production of human ES cells by destroying a human embryo—because a pre-existing human stem cell line may be used—the claimed method falls within the morality and good practices provisions if said pre-existing stem cell line has originally been produced by destroying a human embryo and therefore must be excluded from patentability.

"THE AVAILABILITY SINCE 2008 OF METHODS FOR OBTAINING HUMAN ES CELLS WITHOUT THE DESTRUCTION OF A HUMAN EMBRYO OPENS THE POSSIBILITY OF DEFENDING THESE INVENTIONS RELATING TO ES CELLS."

Moreover, according to the board of appeal, at the filing date of the patent application there was no evidence that pre-existing publicly available stem cell lines had been obtained or prepared by a method that does not involve the destruction of a human embryo, so the claimed invention could be considered at its filing date to have been practised by contravening the morality provisions.

The Mexican situation is not very different. The objections issued by the IMPI since 2013 to inventions relating to human ES cells are in line with the criteria of the EPO and with the technical board of appeal’s observations.

In practice, Mexican examiners use the technical teaching in the description of these types of inventions in order to determine whether the claimed invention requires the use of human ES cells, where the source of such pluripotent stem cells for obtaining them are human embryos (embryonic tissue), and specifically if the blastocyst inevitably had to be destroyed to obtain the clusters of human ES cells, although the claims do not explicitly specify a step of obtaining human ES cells.

Therefore, if after reviewing the description of these types of inventions, Mexican examiners consider that the claimed invention at the filing date directly involves the destruction of human embryos for industrial or commercial purposes, such inventions will surely be objected to because they contravene the morality provisions according to that stated by article 4 of the IPL.

Therefore, patent applications relating to human ES cells filed after 2008 may have a chance of being granted by arguing that at the filing date of those patent applications, the invention could be performed without contravening article 4 of the IPL.

It is important to highlight that patent applications relating to human ES cells that were filed before 2008 in Mexico or elsewhere will face many hurdles because of the above mentioned examiners’ interpretation, since it would be too difficult to demonstrate that at the filing date of such applications, the invention could be performed without the destruction of an embryo, which would contravene the above-cited article 4 of the IPL.

However, and considering the current trends in the patentability of stem cells, when drafting patents related to these type of inventions it is important to ensure that it is described inside the specification that such methods for obtaining human ES cells without the destruction of a human embryo are already known and available to the public, which at the same time will help to represent the means to carry out the invention.

This would require either filing the respective arguments for the case of applications filed after 2008 or by describing inside the specification of patent applications related to these types of inventions to clearly show that these methods are known and available to the public and that they also represent the means to carry out the invention.

Jasmin Maqueda is a pharmaceutical biological chemist at BC&B. She joined the firm in 2006. As a patent department engineer she focuses on the technical analysis of patent applications in the fields of biotechnology, pharmacy, chemistry, and medical devices, from filing to examination. She can be contacted at: jmaqueda@bcb.com.mx