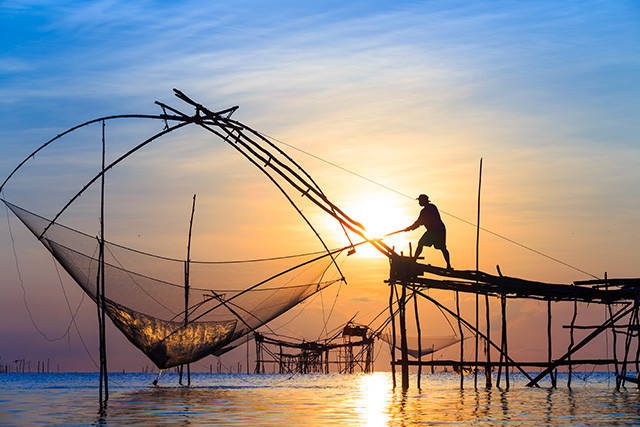 Tax avoidance involving the import of undeclared trademarked items has led the Mexican customs authorities to change the regulations governing the information that must be submitted, as Daniel Sánchez and Víctor Ramírez of Olivares describe.

Over the last few years the Mexican customs authorities have detected an increasing importation problem of sub-valued goods. The problem arises when companies importing goods into the Mexican market do not mark the goods with the brand names they will be sold under.

In this way many companies were able to report a lower value of imported goods. The goods were not bearing any trademark, and that made it possible for the importers to pay a lower tax rate since the value of goods that are not branded is much lower than that of products supported by a well-known trademark.

The questionable practice was spreading among importers in Mexico, causing a loss of tax income for the government, as many importers declared a lower value of the goods because they were not branded.

After the goods were imported into Mexico, the importers marked the products with trademarks and sold them for much higher prices and obtained higher revenues.

Although this is originally a tax problem, the Mexican government made an attempt to attack it from both tax and intellectual property perspectives.

Accordingly on July 4, 2014 the Mexican customs authorities published a new regulation known as Rule 3.1.36, which included an additional requirement for the importers of several products, including pharmaceutical products and medicines, to provide certain information related to the trademarks that the imported goods will bear.

According to the law, an importation manifesto is mandatory when the value of the imported product is more than $3,000.

“Importers who introduce goods under the customs regimes of permanent importation, temporary importation and tax deposit, that are classified under a tariff contained in annex 10, section A, sector 9 and annex 30, must declare the information on the mark which identifies the goods and distinguishes them from other similar [goods], which should be completed in block identifiers with key and add appropriate in accordance with appendix 8 of annex 22.”

To complement this new regulation, on September 3, 2014 the same authorities published annex 22 of the General Rules on Foreign Trade, a body attached to the Mexican Customs Law, which included the “identifier supplements” appendix in which it enforced the regulation published in July. It specified that, in every customs declaration, the following information should be included:

• Confirmation that the importer is the owner of the trademarks on the merchandise;

• If affirmative, to provide the trademark certificate number;

• Confirmation if the merchandise does not hold a nominative trademark;

• Indication that the merchandise holds a nominative trademark that is not registered;

• Confirmation if the trademark is pending registration; and

• If affirmative, the importer will have to provide the filing date of the application.

Unfortunately, the wording of the new regulation was not sufficiently clear, according to the general opinion of importers, specifically with respect to cases where the importer is not the owner of the trademark, and if the importer does not have any authorisation for using or distributing the trademark (this hypothesis may include so-called grey goods).

"WE RECOMMEND EVALUATING THE CONVENIENCE OF GRANTING LICENCES TO THE DISTRIBUTORS OR AT LEAST, AN AFFIDAVIT TO EASE THE PROCESS OF IMPORTATION."

For this reason, in the interim the rule was suspended by means of an official circular known as Circular P041 (dated July 24, 2014), published on the official website of the Mexican Internal Revenue Service.

The publication of Circular P041 meant that the aforementioned rule never entered into force.

After reviewing and discussing the issues of clarity of the regulations, a new version of the rule, known as Rule 3.1.34, was published and entered into force.

The General Rules on Foreign Trade 3.1.34 and appendix 9 of annex 22 shall be understood as follows:

Every importer of goods is required to fill out an importation manifesto regarding specific products, such as medicines, clothing, watches, etc, which shall state the word mark of the products.

The specific events are:

1) When the importer is the owner of the registered trademark. In this case, it is also mandatory to indicate the number of the Mexican registration granted by Mexico’s IP office, the Mexican Institute of Industrial Property.

2) When the importer bears a licence, authorisation or agreement to use or to distribute the product bearing the registered trademark. In this case, no further information is required.

3) When the product does not bear any trademark. In this case, no further information is required.

4) When the importer is importing diverted products (parallel imports), when the product is authentic. Likewise, when the product bears a trademark that is not registered in Mexico. In this case, no further information is required.

5) When the importer has filed a trademark application in Mexico. In this case, it is mandatory only to state the date of the application.

The publication and entering in force of this new regulation has caused many customs brokers (who are not part of the Mexican government, but just service providers) to request documents for their clients to prove the aforementioned events, despite there not being any obligation to submit additional documentation such as certificates of registration, trademark application papers, licence agreements, etc.

Notwithstanding the above, we recommend evaluating the convenience of granting licences to the distributors or at least, an affidavit to ease the process of importation, despite its not being necessary to have any documents regarding the authorisation, agreement or licence by the distributors.

If a Mexican business states in the customs application (importation manifesto) anything that bears an authorisation, a licence, or any contract to import products protected with a registered trademark into Mexico, we strongly advise it to have the said documentation in hand, in case the Mexican tax regulator (SAT) audits the importation documents.

Finally, according to the Customs Law, the fine for misplacing or having errors in the customs application is around $112 per event.

Nonetheless, it is relevant to mention that if the importer does not provide any information (correct or with errors) regarding trademarks carried on the imported products, the authorisation of the company to import into Mexico may be suspended.

The lack of information in the respective field may be sanctioned with a fine but also with suspension from the importer’s register.

Daniel Sánchez is a partner at Olivares. He is co-chair of the litigation team and the IT industry group. He has experience in the prosecution and litigation of all areas of intellectual property. He can be contacted at: dsb@olivares.com.mx

Víctor Ramírez is an associate at Olivares. He regularly provides legal opinions on negotiations relating to IP matters and handles licence, assignment, franchise and technology transfer agreements. He can be contacted at: vrl@olivares.com.mx