Warner-Lambert: the plausibility test for sufficiency of disclosure 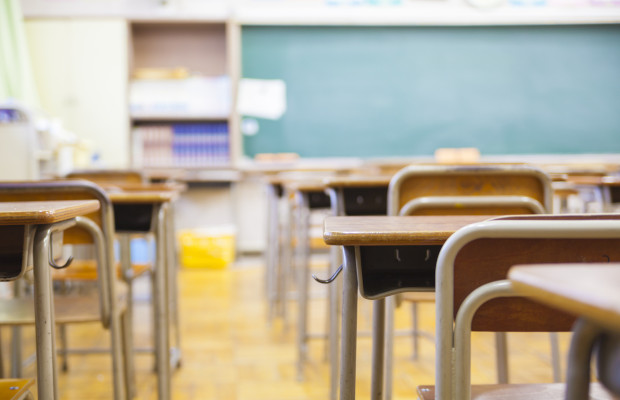 In November, the UK Supreme Court ruled that Warner-Lambert’s patent for a second medical use of pregabalin for the treatment of pain is invalid for insufficiency of disclosure. Sheena Linehan of Potter Clarkson explores the lessons for patent drafting.

The efficacy of pregabalin in treating all forms of pain was not in issue in Warner-Lambert v Mylan & Actavis. The question was whether the patent, in claiming this use for pregabalin, made the assertion of efficacy plausible.

The Supreme Court’s decision approves “plausibility” as a non-statutory test for sufficiency of disclosure, and defines its role in establishing validity of a patent claiming a new medical use of a known medicament. However, the stringency of the test may cause the UK to fall out of step with the practice of the European Patent Office (EPO).

Plausibility and second medical use

Sufficiency of disclosure is a requirement that the patent discloses the invention in a manner clear and complete enough for it to be performed by a skilled practitioner. The concept of a “plausibility” test originally arose at the EPO in order to prohibit speculative claiming, and the Supreme Court has now approved this principle as requiring disclosure in the patent of more than mere assertion that a known compound is efficacious for the claimed treatment.

Lord Sumption, who gave the lead judgment, identified in the EPO and UK case law the “fundamental principle” that the patentee must not only make but disclose a contribution to the art. For a second medical use claim, that contribution must consist in the discovery that the product can be expected to work.

Disclosure of a mere possibility of efficacy would not be enough to satisfy plausibility, but the disclosure of reasonable scientific grounds for expecting that a medication might work may suffice. If the condition identified in a second medical use claim embraces a number of different pathologies, the disclosure should make plausible the efficacy of the product to treat them all.

Subsequent data may supplement this, but only if the therapeutic effect is plausible in the light of the disclosure in the patent.

These are established principles in current EPO practice, but the detailed reasoning of the Supreme Court suggests areas of possible divergence.

A direct effect on a metabolic mechanism

Warner-Lambert’s case for sufficiency was essentially that the experiments disclosed in the patent concerning animal models of inflammatory pain made plausible the efficacy of pregabalin for treating all types of pain, in the light of common general knowledge.

In his judgment for the Supreme Court, Lord Sumption cited the EPO Technical Board of Appeal in Salk Institute for Biological Studies (T 609/02) as authority that the patent must show that “the claimed compound has a direct effect on a metabolic mechanism specifically involved in the disease, this mechanism being either known from the prior art or demonstrated in the patent per se”.

“Showing a pharmaceutical effect in vitro may be sufficient if, for the skilled person, this observed effect directly and unambiguously reflects such a therapeutic application … or if there is a ‘clear and accepted established relationship’ between the shown physiological activities and the disease”.

It is the author’s view that T 609/02 concerned a very different fact situation. The claimed second medical use was of a steroid hormone defined functionally in relation to its effects on transcriptional pathways which operate within the cell, for use in treating conditions said to be stimulated by the transcription factor AP1.

No such hormone had actually been identified at the time of filing, and there was no evidence that if one could be identified, it would have a therapeutic effect on any of the listed diseases. The board dismissed the claim as covering “limitless and untried downstream developments in relation to yet-to-be demonstrated molecular mechanisms”.

Nevertheless, Lord Sumption rejected Warner-Lambert’s argument that the subsequent case law of the EPO indicates that the Salk principle applies only where the therapeutic effect suggested in the patent is inherently implausible. In finding a general principle laid down by Salk, Lord Sumption expressed the majority view, disagreeing with the approach taken by both lower courts.

The court was unanimous in finding that the experiments disclosed in Warner-Lambert’s patent did not render plausible the treatment of central neuropathic claim. By a majority, the court held that efficacy in treatment of peripheral neuropathic pain was not plausible, but the dissenting opinions considered the court to have set the plausibility bar too high, and would have found in favour of the patentee.

The majority found that such a conclusion would merely be possible, but not plausible, with Lord Sumption highlighting that neither the specification nor the common general knowledge supplied any reason for supposing that pregabalin affects the operation of that mechanism; and pointing to the lack of any mention of central sensitisation in the patent.

Dissenting, Lord Hodge considered that it was not necessary, in order to overcome the relatively low hurdle of plausibility, for the patent to demonstrate by experiment or by scientific theory that pregabalin blocked or reduced central sensitisation. Lord Mance, agreeing with Lord Hodge, noted that the EPO Technical Boards of Appeal have accepted as sufficient a tailored claim which appears scientifically possible, even though it cannot be said to be even prima facie established, without for example testing or assays according to the state of the art.

The expert evidence taken at the High Court indicated that there was little understanding of the mechanisms of neuropathic pain at the priority date. It is not clear whether identifying in the patent that central sensitisation is involved in both inflammatory and peripheral neuropathic pain would have been enough to swing the Supreme Court in Warner-Lambert’s favour; and it would not have saved claims embracing central neuropathic pain from invalidity.

Greater understanding of disease mechanisms and the use of in vitro tests to screen compounds may make it easier to identify a mechanism underpinning a pharmaceutical effect. Moreover, biologics are often designed to act on a particular biological mechanism. However, in cases where an unexpected therapeutic effect of a medicament is observed in clinical trials, it may be more difficult to identify the mechanism of action.

The Supreme Court judgment provides that as an alternative to proving an effect on the disease process by experiment, a priori reasoning may be relied on. For example, the specification may point to some property of the product which would lead the skilled person to expect that it might well produce the claimed therapeutic effect.

A priori reasoning, if based on prior art, may be useful to satisfy the plausibility requirement, but could endanger inventiveness if it places prior art before patent office examiners that they might not otherwise have found. It appears that Warner-Lambert could have relied on a priori reasoning without jeopardising inventive step at the EPO.

"A priori reasoning may assist in satisfying the ‘plausibility’ test, but could risk jeopardising inventiveness."

It was known at the priority date that gabapentin and pregabalin are both derivatives of the inhibitory neurotransmitter GABA, and have anticonvulsant properties. At the High Court, the trial judge accepted that prior art document ‘Taylor I’ taught that pregabalin is structurally related to gabapentin, binds more potently to the gabapentin binding site and is a more potent anticonvulsant. Further, prior art document ‘Mellick’ provided anecdotal evidence of treatment of a neuropathic pain condition with gabapentin.

A related article by ‘Mellick’ was cited in the international search report, indicating that patent office examiners knew that prior art concerning gabapentin was of relevance, and that gabapentin had been used to treat pain.

The experiments in Warner-Lambert’s patent show that pregabalin and gabapentin are both, individually, effective in treating inflammatory pain.

One way of addressing plausibility might have been to point to the property of pregabalin as plausibly operating on the same mechanism as gabapentin, and reasoning that the effect of gabapentin on both inflammatory and neuropathic pain would suggest that pregabalin, being effective for inflammatory pain, would also be effective for neuropathic pain.

The High Court found that the claims of Warner-Lambert’s patent were not obvious, and this aspect of the decision was not appealed. However, the case for inventiveness may be finely balanced, as the German counterpart patent has been found invalid for obviousness by the Federal Patent Court.

A patent application should include the technical rationale for why experimental data make an invention plausible in relation to all significant areas of a second medical use claim. Experiments should show an effect of the medicament on the disease to be treated, or on a biological mechanism specifically involved in that disease.

A priori reasoning may assist in satisfying the “plausibility” test, but could risk jeopardising inventiveness. Prudent applicants will include dependent claims defining subtypes of the condition to be treated.

Sheena Linehan is an associate at Potter Clarkson. She can be contacted at: sheena.linehan@potterclarkson.com