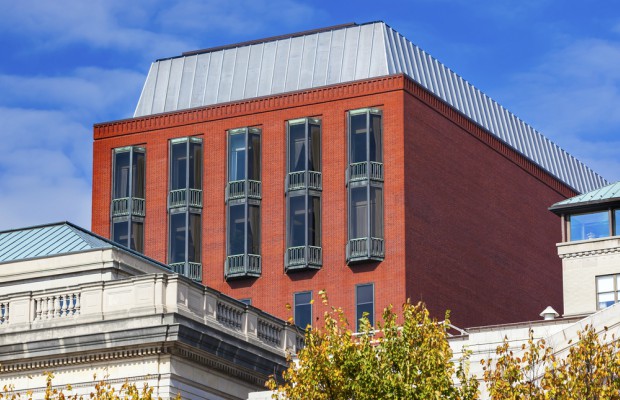 The US Court of Appeals for the Federal Circuit has affirmed a decision by the US Patent Trial and Appeal Board (PTAB) which centered on the validity of a patent for an ophthalmic illuminator.

The Federal Circuit delivered the decision on Tuesday, January 19.

Delaware-based Eidolon Optical, which develops and manufactures ophthalmic products, owns US patent number 6,547,394. The patent covers “a device which is used to illuminate a patient’s eye that has been administered with a fluorescent dye for the purpose of examining the eye for epithelial defects”.

According to the patent, the invention “in its simplest form utilises four components: a battery, an electrical resistor, an electrical switch and a blue light-emitting device (LED)”.

It is claimed to be superior to prior technology due to the higher level of illumination emitted by the LED, the reduced level of power required (which results in the battery lasting longer), and there being no need for a blue bandpass optical filter.

Optical equipment maker Haag-Streit, which is headquartered in Köniz, Switzerland, filed a petition to institute an inter partes review of some of the claims of the ‘394 patent. Haag-Streit claimed that prior art from 1992 “teaches making the same invention”.

A person of ordinary skill in the art would understand this prior art as “implicitly disclosing the presence of a blue LED with sufficient power output to cause sodium fluorescein to fluoresce”, the Swiss company argued.

Having instituted a review, the PTAB found that Haag-Streit had failed to prove that the challenged claims were unpatentable.

The board found the prior art relied upon to be more limited than Eidolon’s patented invention. It would not be understood by someone skilled in the art as having implicitly disclosed the blue LED power claimed, as Haag-Streit had argued.

Haag-Streit appealed against the PTAB’s decision, again claiming that blue LEDs with sufficient power existed in 1992.

On Tuesday, the Federal Circuit upheld the board’s determination.

“We conclude that substantial evidence supports the board’s findings,” the Federal Circuit said. It agreed with the PTAB’s finding that someone skilled in the art would not understand Eidolon’s patented invention to be an identical embodiment of the prior art relied on.

The Federal Circuit dismissed Haag-Streit’s appeal and affirmed the decision on the PTAB.