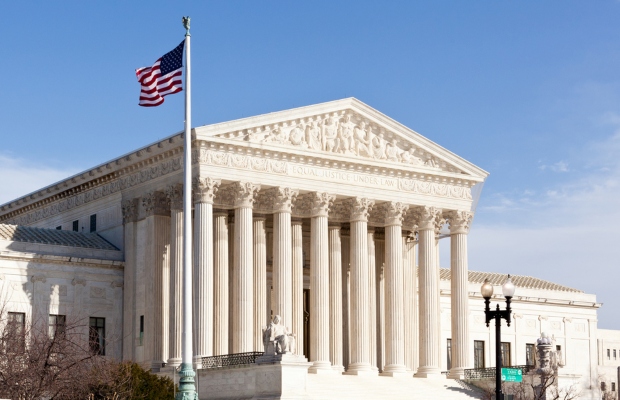 The US Supreme Court has denied a petition from Argentum Pharmaceuticals to review a Federal Circuit ruling covering a multiple sclerosis treatment patent.

The court did not move in response to Argentum’s arguments in a petition for writ of certiorari it submitted on December 4 2020. In the petition, Argentum argued that it stood to lose from a patent dispute seeking to invalidate Novartis’ Gilenya drug patent, giving it grounds to continue litigation.

Argentum questioned whether the Federal Circuit had precluded redress for injured members of joint ventures by only recognising the manufacturer and those filing for an ANDA as having a case for injury.

Argentum was one of eight petitioners in an inter partes review of the 9,187,405 Gilenya patent. They aimed to invalidate the patent in order to develop a generic of the multiple sclerosis treatment.

However, the Patent Trial and Review Board (PTAB) upheld the patent, which is set to expire in 2027, delaying the manufacturing of generics.

Argentum and other petitioners appealed against the board's decision in a consolidated appeal to the Federal Circuit.

Eventually, all other appellants settled with Novartis , leaving only Argentum to attempt to appeal the decision. After all appellants settled, the Federal Circuit dismissed Argentum’s appeal on the grounds that it lacked Article III standing, failing to show significant injury in fact.

The Federal Circuit claimed that Argentum did not “bear the risk of any infringement suit” because “any Abbreviated New Drug Application (ANDA) will be filed by KVK-Tech, Argentum’s manufacturing and marketing partner”, according to the filing.

Throughout the proceedings at PTAB and the Federal Circuit, Argentum represented KVK-Tech.

“After years of investment, Argentum has a personal and concrete stake in obtaining a judgment of invalidity against Novartis’s ’405 patent—which continues to block Argentum from introducing a generic alternative to Gilenya,” wrote Argentum’s counsel Crowell & Moring in support of the petition.