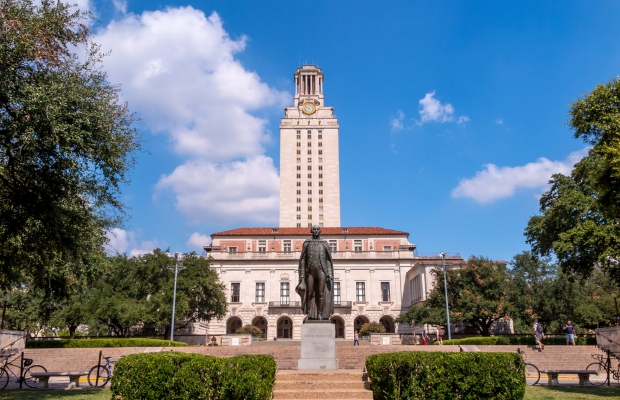 The University of Texas (UT) has failed to persuade the US Court of Appeals for the Federal Circuit to review a ruling that prevented it from using sovereign immunity to protect its cancer vaccine patents from inter partes reviews (IPRs).

The decision was handed down on February 16, in a one-page order, denying UT’s request for an en banc rehearing of the ruling.

The dispute over the university’s sovereign immunity emerged when Baylor College of Medicine petitioned for a review of two patents owned by the Board of Regents of UT.

UT moved to dismiss the petitions on state sovereign immunity grounds, claiming that it is a sovereign state entity under Texas law and that, under the 11th Amendment, it should not be subject to IPRs.

In July 2020, the US Court of Appeals held that the 11th Amendment barred the calling of the university as an involuntary plaintiff after it was named in a suit filed by biotech Gensetix.

However, the Patent Trial and Appeal Board (PTAB) denied UT’s motion in January 2020, citing the case precedent set by Regents of the University of Minnesota v LSI Corp in June 2019.

In that ruling, the Federal Circuit held that state sovereign immunity does not apply to IPR proceedings.

In doing so, the court dismissed an appeal from the Regents of the University of Minnesota in its dispute against semiconductor manufacturer LSI Corporation and telecoms company Ericsson.

The Federal Circuit said that as it held in Saint Regis, that an “IPR is viewed as an agency’s reconsideration of a previous patent grant that is aided by information supplied by a third party, and state sovereign immunity does not bar these proceedings”.

The University of Minnesota petitioned for certiorari, but the Supreme Court denied the petition in January 2020.

When UT appealed the PTAB’s decision regarding its own assertion of sovereign immunity, the Federal Circuit found against the university in a panel decision in December 2020, reiterating its stance that “[s]overeign immunity does not apply to IPR proceedings when the patent owner is a state” and that affirming that it was “by the University of Minnesota decision”.

At the start of the year, UT argued in its petition requesting an en banc rehearing that University of Minnesota v LSI Corp conflicts with US Supreme Court case precedent, “upsets the balance of our federal system”, and was “wrongly decided”.

According to life sciences attorney and partner at Nixon Peabody, Seth Levy, the Federal Circuit’s collection of decisions highlights an important distinction in the application of sovereign immunity for disputes involving patents owned by state universities.

“While the Federal Circuit has now affirmed its earlier ruling that state universities generally cannot look to sovereign immunity to avoid an inter partes review of their patents, the Federal Circuit also held last year that these universities may nonetheless avoid being joined as a necessary party in litigation brought by their licensees who assert the very same patents,” he said.

He added that state universities and their licensees needed to carefully consider how these various rulings might impact their patent enforcement and defence strategies.

“For instance, the mere fact of state university ownership of a patent is unlikely to provide a shield against an inter partes review,” added Levy.