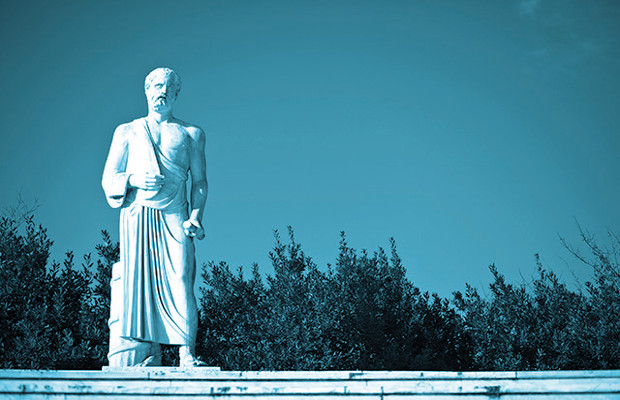 Roche is working hard to fight cancer and lead the way in personalised medicine, while at the same time dealing with patenting, litigation and other challenges, says chief IP counsel Mike Young in an interview with LSIPR.

These were the words of Greek physician Hippocrates, who died in 370 BC. More than 2,000 years later, his words resonate in the world of healthcare, where personalised medicine is a continuing focus for some of the world’s major drugs companies.

One of these companies is Roche, which carries Hippocrates’ slogan on its website. According to Mike Young, chief intellectual property counsel at Roche Diagnostics, one of the Swiss company’s two major divisions, it is well-positioned in the personalised medicine market because it has the largest in vitro medical diagnostics operation in the world by market share.

“We do a lot of biomarker research and identify patient sub-populations to treat with our pharma drugs, so in this area the challenges for patenting relate to diagnostic methods,” he explains, referencing some of the difficulties companies face following several US Supreme Court rulings.

Decisions such as Mayo v Prometheus and AMP v Myriad have ostensibly made it tougher to obtain patents in the life sciences industry, especially in the diagnostics and gene sequencing areas, because of their stricter view of patentable subject matter, including abstract ideas, natural phenomena and laws of nature.

“There are some patenting challenges in this area because a biomarker is a natural phenomenon so it can be a challenge to provide the right context for inventive activities,” Young says.

“Also, the diagnostic business can be complicated. Look at the machines we sell to test a blood sample and other bodily fluids—they have integrated technology with computer-implemented inventions, so this is an area where there can be challenges with patenting,” he adds, with a nod to the Alice v CLS Bank decision.

He continues: “We need to provide the right context to overcome the patentability hurdle—these are the specific patent challenges—but more generally it’s a very competitive world out there to get to inventions, so you can never rest on your laurels. You have to find your spot for patenting along with the others.”

Despite some of the difficulties following the Supreme Court’s three major rulings on patentability in the past few years, Young says they are not anti-patent in nature.

“The US is still basically a patent-friendly jurisdiction. It is trending to being a little less friendly, which is bad but may be reversed; the pendulum often swings. There was a time when business method patents were very popular and now the pendulum has swung the other way to possibly being overly restrictive in that area.

He adds: “We are looking at the patent office guidance on patentable matter and how courts are interpreting the cases, and we are always looking at the case law to see how it develops.”

Two sides to the business

Roche has two arms—pharmaceuticals and diagnostics—and Young is based in Indianapolis, a 14-hour flight from the company’s headquarters in Basel, Switzerland. Working on the diagnostics side he is responsible for all areas of IP, but also works within two higher level groups, group patents and group trademarks, which encompass both sides of the business.

Young’s work with group patents extends to both pharma and diagnostics, and as a senior official on the patent leadership team he helps to provide policy, guidance and training. On the group trademarks side, he works just on diagnostics, which covers areas such as diabetes care, molecular diagnostics and gene sequencing. Overall, there are “lots of moving parts”, he says.

Explaining that there’s a variety of work and never a typical day, Young says he seeks to keep abreast of new legal developments and inform people appropriately.

“I work with general legal on IP provisions in contracts, training on licensing agreements, and litigation from time to time, he says.”

“The US is still basically a patent-friendly jurisdiction. It is trending to being a little less friendly, which is bad but may be reversed; the pendulum often swings.

Asked to expand on Roche’s litigation activity, Young says he is not involved in any himself at the moment, but there are always challenges on both the pharma and diagnostic side.

“If you’re going to sue someone, your case is never better than the day you file it,” he comments.

“We have always challenged other patents and had patents challenged at the European Patent Office (EPO). That’s now becoming an issue in the US as well with the America Invents Act procedures (including inter partes review), so we will be challenging patents in the patent office rather than federal courts,” he adds.

Explaining where infringement happens, Young says, “if you have an important patent, there will be one in the US, EPO, and Japan. We file more broadly than that on both sides, but because that’s where you file, your sales are bigger, etc, so that’s naturally where there will be more litigation and by and large a legal system you can depend on”.

He adds: “With the growth of the Chinese market, we have more filings there, but the legal system is still developing. Like all businesses we like predictability, and the US and European patent systems are predictable.”

There is no standard strategy for litigation, he confirms. “By and large we defend our legal rights, but it may be different depending on the circumstances. We may try other means before a lawsuit, eg, a licence. It’s highly situation-dependent and we try and think about it very carefully and all the possibilities, trying to use the best judgement possible.”

In terms of cross-border litigation, Young says there is sometimes parallel litigation in the US and Europe, particularly Germany, as well as Japan and sometimes the US-based International Trade Commission, “where we want to prevent the import of an infringing good into the US”.

On the licensing of patents, Young is involved only with the diagnostics arm, where there will be a combination of people working to get the best deal.

“We do in, out and cross-licensing. Some of it is problem-solving, eg, moving forward to develop a product.

“Typically the licensing person in diagnostics will drive the discussion with the other party with support from the patent and general side, and the patent side interprets the desirability of getting or making the licence available.”

Young says that although some important agreements have undoubtedly been signed, “I think the more relevant activity is, because we’re getting into gene sequencing, we have made a lot of acquisitions in that area”.

In the most notable deal, Roche bought Genentech, a biotech company founded in the 1970s in California, for nearly $50 billion in 2009.

More than 100 years before that deal, Roche was founded in 1896. It has long been an innovative company, now specialising in cancer as well as personalised medicine. Its best-selling drugs—Mabthera (rituximab), Avastin (bevacizumab) and Herceptin (trastuzumab)—all target cancer.

The company’s approach to innovation is best summed up by its purpose statement, “Doing now what patients need next”, according to Young.

“We have spent a hell of a lot of money on research and development (R&D) worldwide,” he says.

Sometimes Roche chooses not to file any patents, in what may seem a strange move for such an innovative company (at the end of 2015, Roche owned 50,483 individual patents). But this tends to happen in poorer countries.

“In sub-Saharan Africa for example we won’t file or enforce patents because in poorer places we want to provide access to medicine and diagnostics.

“It is a challenge—it’s going to look different in different countries because of the different ability to afford what we produce—but it’s an important challenge to get it right so that people have broad access,” he adds, although he notes that he is not involved in this process.

From providing broad access to medicine to developing tailored treatment for patients, Roche’s approach to healthcare is certainly diverse. As its purpose statement says, “Doing now what patients need next”.