Arrow declarations: which way is the law pointing? 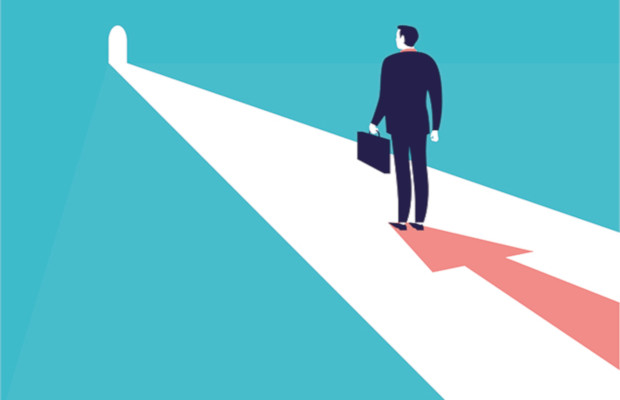 Depending on the facts and the content of the applications, an Arrow-type declaration could be made on grounds of insufficiency against divisional applications, say David Holt and Tony Proctor of Potter Clarkson.

In the life sciences field, patents are fundamental assets for companies developing new technologies and therapeutics. However, the way some companies have prosecuted their patent portfolios has caused issues for those seeking to create new products and therapies in developing fields.

In particular, a company which has a pending patent application based on a broadly defined technology,  and that may be several years old, can file new ‘divisional’ applications that are deliberately targeted to cover competitors’ products, even if the specific products or developments being targeted may not have been contemplated at the original filing date.

This has naturally led to uncertainty for companies developing new technologies and a difficulty for them to ‘clear the way’ to market for their products.

In response to the threats that these divisional applications pose to product development, both in the life sciences field and elsewhere, the English High Court has approved an interim remedy known as an Arrow declaration.

This is a discretionary remedy granted when a party can adequately show that an intended product (or use) covered by the claims in a patent or patent application is not patentable as at the priority date of such application.

The Arrow declaration says that the patent/application cannot be interpreted to prevent sales, use, etc of the unpatentable product, even if the patent/application indicates that it is part of the protected scope, thereby providing freedom to progress the product in question. Thus, it operates like a Gillette defence,  by giving commercial certainty without requiring a full revocation action against each individual patent application as it is granted. Following the original Arrow Generics v Merck (2007) decision and the ongoing Fujifilm legal battle, Arrow relief appears to be staying in the patent litigator’s quiver, for now at least.

In June 2018, the Court of Appeal in Vectura granted permission for the Glaxo group to pursue its claim for Arrow relief, despite Fujifilm previously holding that the grant of an Arrow declaration was still discretionary. The Court of Appeal in Vectura determined that Judge Hacon had erred in holding at first instance that the existence of a single pending patent application was insufficient grounds for an Arrow declaration, and had also erred in granting a strike-out application. The Court of Appeal confirmed that the trial judge had the discretion to determine whether  Arrow relief should be granted, and the assessment of whether Arrow relief was appropriate should be determined at the time of trial.

Although the court’s continued preference is  that more conventional methods of “clearing the way” are utilised, where divisional applications, pending applications or multi-jurisdictional issues are in play, traditional methods often miss the target and the court will consider granting alternative relief. As a result, the Arrow declaration is alive and well, at least in relation to declarations founded on the basis of obviousness, as pleaded in Vectura and Fujifilm.

"The Arrow declaration is alive and well, at least in relation to declarations founded on the basis of obviousness, as pleaded in Vectura and Fujifilm."

In Fujifilm, the court in its decision not to strike out the application for an Arrow declaration identified three key factors as being relevant to its decision:

Would the declaration sought serve a useful purpose? If a product was to be launched, the launching party could either be subject to damages from a claim; or, if launch was stopped due to the same pending divisionals, many millions of pounds in investment could be lost. A declaration would resolve this uncertainty and risk.

Is the underlying issue sufficiently clearly defined to make it possible to be decided by the court?

Are there special circumstances in which the court should not grant the declaration sought?

The utility and the inherent value of the Arrow declaration have been considered in previous work for LSIPR, including by our colleague Richard Roberts in his original article in 2016.

As he explained, the court saw that a Declaration of Obviousness (DoO) constitutes an “important, and potentially far-reaching, tool for businesses seeking to obtain comfort in advance of launching a new medicament”. In concluding his judgment in Arrow, Mr Justice Kitchin confirmed that “I am not satisfied this court has no jurisdiction to grant the declarations sought ... Nor am I satisfied this court would necessarily refuse such declarations in the exercise of its discretion”.

Therefore, taking this analysis further, how can this area of law be developed, given that the original Arrow decision confirmed that declaratory relief in general is of value to clear the way, despite its application predominantly to DoOs to date?

As patent litigators, it is incumbent upon us to consider the most efficacious remedies available. With this goal in mind, we consider an Arrow-type declaration potentially could be made on grounds of insufficiency against a divisional application (subject, of course, to the facts and the content of the application).

For example, a claim to a product per se may be less vulnerable to an insufficiency attack if the product itself could be prepared using routine knowledge, whereas a use-limited claim to the same product (eg, a claim directed towards a new medical use of a product) could be more vulnerable to attack on the ground of insufficiency if data supporting the efficacy of the product in the claimed use are not included in the application as filed.

Similarly, claims to products based on newly-developed technologies may be vulnerable to an insufficiency attack if methods required for their preparation are not properly described in the application as filed and, at the time of filing the application, would not have been considered to be routine.

Clearly, therefore, the sufficiency of such a patent application will depend on the patent content and the extent of its claims. However, where there are ‘use’-based claims in a patent, an insufficiency attack on divisional applications should often be possible under the Arrow jurisprudence.

An allegation of insufficiency also may allow the priority claim of an application to be challenged in a manner that is not (at least currently) considered possible when alleging a lack of inventive step.  In this regard, the case law of the European Patent Office (EPO) requires that the disclosure of a priority application be “sufficient” to “enable” a skilled person to work the invention.

"An attack on a patent and divisional applications on the basis of an “Insufficiency-Arrow” application may be an extremely effective tool for patent litigators."

In our view, provided with the correct set of circumstances, an attack on a patent and divisional applications on the basis of an “Insufficiency-Arrow” application may be an extremely effective tool for patent litigators. This is particularly relevant in the pharmaceutical sphere where applications may be based on new technologies and/or claims to specific uses for which the application (or priority application) provides only limited data.

Protecting patents against slings and Arrows

It has become common in litigation for patents to be attacked based on a lack of “plausibility” in the application as filed, which is in essence a conflation of two distinct grounds of invalidity: a lack of inventive step and insufficiency of disclosure.

When evaluating the potential risks to a patent application, patent attorneys often separate these issues, particularly as a patent’s vulnerability to an insufficiency allegation  can be attributed to the content of the patent, which often is the patent attorney’s responsibility; whereas  there may  be little control over the factors (such as the existence of prior art not known at the time of drafting) which make a patent vulnerable to an inventive step attack.

Accordingly, patent attorneys can take practical steps to mitigate against an Insufficiency-Arrow declaration when drafting an application. This however requires that applicants work with them to provide adequate data, and details of experimental methods and underlying information during the drafting process.

A narrow disclosure of data in a patent application is preferred by some applicants. This may be a deliberate decision made for commercial reasons, such as to avoid providing competitors with details of the preferred features of products that remain under development. Alternatively, in an effort to gain the earliest possible priority date, an applicant may proceed with a patent filing before a full set of data is available.

However, there is an increasing rationale for waiting for more data or proof of concept before filing the application upon which priority is founded, as a failure to include such data may mean priority applications or divisionals are more vulnerable to being attacked by an Insufficiency-Arrow application. Therefore, when drafting, a careful balance must be struck between the commercial risk of delay or “over-disclosure” of data, and the risk of invalidity pursuant to inadequate data and evidence being provided.

In any event, if Insufficiency-Arrow declarations can be used to attack applications on grounds of insufficiency, there would exist yet further reason for all patent applications to be drafted including as much supporting data as possible, as only increased caution and careful planning may shield against the ever-expanding armoury of the litigator.

Tony Proctor is a partner at Potter Clarkson. He works with clients worldwide in the chemical and pharmaceutical fields. He is a UK and European patent attorney with experience in patent drafting and prosecution, and in representing clients at oral hearings before the European Patent Office. He can be contacted at: tony.proctor@potterclarkson.com

David Holt is a member of the dispute resolution and commercial team at Potter Clarkson. He specialises in both contentious and non-contentious IP law, with a current focus on confidentiality law and biotechnology. He can be contacted at: david.holt@potterclarkson.com