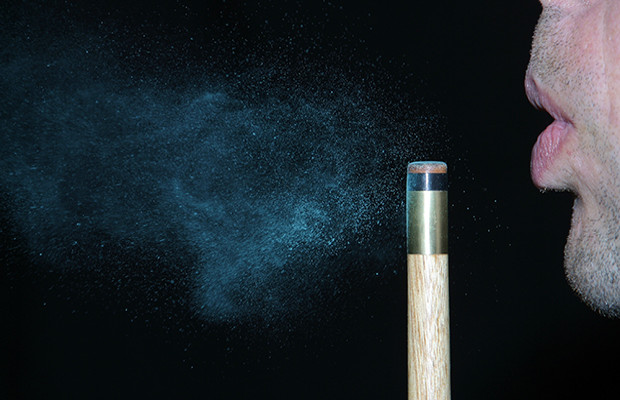 Almost one year after the US Supreme Court’s Halo decision, companies should consider a handful of best practices to reduce the risk of paying enhanced damages for wilful patent infringement, as Lynde Herzbach of Birch Stewart Kolasch Birch reports.

On June 13, 2016, the US Supreme Court held in Halo Electronics v Pulse Electronics that the two-part test in In re Seagate Technology, which was used to determine wilful patent infringement and enhanced damages, was “unduly rigid” and not consistent with section 284 of the Patent Act.

Under Seagate’s two-part test, damages could be increased only if the patent owner demonstrated by clear and convincing evidence that the infringer 1) was objectively reckless; and 2) had known or should have known of the risk. In Halo, the Supreme Court rejected the Seagate test, as well as 1) clarifying that enhanced damages are generally appropriate in only egregious cases; 2) adopting the preponderance of evidence standard; and 3) requiring wilful infringement decisions to be reviewed under an abuse of discretion standard.

At the time of the Halo decision, a large number of articles were written regarding the change. Now that almost one year has passed and various courts have applied the Halo standard for wilful infringement, it is useful to determine whether there are important lessons that companies should apply. For example, under Seagate, there was little need for a counsel’s opinion in order to avoid enhanced damages because objectively reasonable defences could be developed after a litigation was filed.

The Halo decision appears to have renewed the usefulness of opinions of counsel and clarified the time frame for relevant actions and documents. Wilfulness is decided on a case-by-case basis and each district court has broad discretion post-Halo. Several post-Halo cases help clarify the considerations when deciding whether to seek opinions of counsel and the time frame for such opinions.

In WBIP v Kohler (2016) the US Court of Appeals for the Federal Circuit confirmed that the appropriate time frame for considering culpability is the time of the challenged conduct. The Federal Circuit held a defendant “cannot insulate itself from liability for enhanced damages by creating an (ultimately unsuccessful) invalidity defence for trial after engaging in the culpable conduct of copying, or ‘plundering’.”

For example, AVX had a 20-page invalidity opinion of counsel, and the same opinion on prior art was later used to invalidate multiple claims in an inter partes review. In addition, the second opinion of counsel was signed in 1998 before the accused product was launched, but AVX reviewed that opinion in 2008 and determined the same defence applied to the current products.

The non-infringement position was based on two opinions of counsel and third-party testing results. In denying Cree’s motion for enhanced damages, the court found that Everlight did not deliberately copy, did not try to conceal the allegedly infringing product, did reasonably investigate the scope of the patent, and did form a good-faith belief of non-infringement. The court specifically noted it did not appear that Everlight had anything to hide because it provided samples.

Evidence of an accused infringer’s subjective beliefs is essential to avoiding the spectre of wilfulness. In March 2017, summary judgment of no wilfulness was denied where there was no other evidence beyond the defendant’s argument that it had good-faith reasons that the patent was not-infringed and invalid (Erfindergemeinschaft UroPep v Eli Lilly).

Because there was no actual evidence of the pre-litigation good-faith belief presented on summary judgment, the court could not grant summary judgment and remove wilfulness from the case. Obviously, due to the incendiary nature of wilfulness claims, early dismissal of wilfulness from the case is best for accused infringers. If Eli Lilly had provided some evidence in the form of analysis or an opinion of counsel, the decision probably would have been different.

Based on the numerous court opinions since Halo, there are some basic takeaways to help when trying to build a defence to possible wilfulness allegations. First, because there can be wilful infringement only for patents that are known or reasonably known, a company should have a policy on how to handle allegedly infringed patents that are sent to the company or otherwise identified.

Second, if a patent is known and litigation seems likely or even possible, it is best to secure written, well-supported opinions of counsel, preferably by outside counsel in order to insulate the company’s in-house counsel and employees.

Third, due to the standard change and court decisions post-Halo, it may be helpful to secure opinions of counsel now that confirm or evaluate the subjective thinking at the time of the challenged conduct. While it is unclear exactly how a later-dated opinion would be viewed by a court, if the opinion evaluates previous good-faith beliefs, such as those in the 1998 opinion in the Greatbatch case, the opinion may provide some evidence where otherwise none may exist.

It is also a good idea to pull together any relevant documents, emails, or other analysis from the time of the challenged conduct before a litigation is filed. Any additional evidence from the relevant time period can bolster a later-dated opinion. The recent cases have demonstrated that evidence and analysis from the relevant time will be much more helpful to avoiding a finding of wilfulness and enhanced damages than any defences developed post-litigation.

Lynde Herzbach is a partner at Birch Stewart Kolasch Birch. She is a US patent attorney specialising in IP, including litigation, USPTO post-grant proceedings, and patent prosecution, and has represented clients in the fields of medical devices, pharmaceuticals, biologics, and manufacturing processes. She can be contacted at: lynde.herzbach@bskb.com