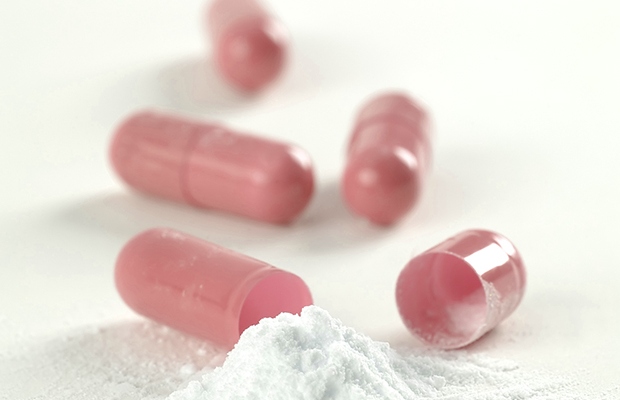 An increasing number of pharmaceutical companies are turning to joint representation—where they pool their funds and hire one firm to represent them all—for ANDA litigation. Mark Remus, shareholder at Brinks Gilson & Lione, outlines the pros and cons of this new direction.

When done correctly, joint representation by a single law firm of multiple defendants in a Hatch-Waxman litigation provides significant advantages.

However, it’s not without risk and there are several considerations that should be taken into account before moving forward with a joint representation.

A company seeking approval to market a generic drug product in the US must file an Abbreviated New Drug Application (ANDA) with the Food and Drug Administration. In certain circumstances, the owner of a patent that allegedly covers the drug product or its use can then sue the ANDA filer for patent infringement.

For any given drug product, there are typically multiple ANDA filers and, therefore, multiple Hatch-Waxman litigations, all of which involve the same, or nearly the same, patents and drug products.

"The best Hatch-Waxman cases for joint representation are those in which there is a group of defendants who are free from conflicts between each other, both legal and practical."

Joint representation provides several benefits that are driving an increase in their popularity in Hatch-Waxman litigation.

A primary benefit of joint representation is cost savings. Hatch-Waxman litigation is expensive: fees and costs can exceed millions of dollars to get through trial and appeal. At the same time, there are sometimes 20 or more ANDA filers for the most successful drug products.

If the costs of Hatch-Waxman litigation are split several ways, however, litigation costs are reduced substantially and the drug product may become economically viable, even where there are multiple filers.

Another benefit of joint representation is that the overall commitment of resources to defeating a patent can be greater.

If a group of defendants band together to have a single law firm advocating their position, the cost to each individual defendant may be smaller, but the total law firm budget may be greater. This increased budget provides the law firm with the resources to mount a more substantial defence than would be possible if multiple law firms each represented individual defendants on very low budgets.

Another benefit of joint representation is consistency of arguments.

One challenge with multiple-defendant Hatch-Waxman litigations is that defendants can take inconsistent positions. This inconsistency hurts the chances of any of those positions being successful.

If multiple defendants are represented by a single law firm, that law firm will necessarily speak with a single voice and may reduce the risk of inconsistent arguments.

Hatch-Waxman defendants have to surrender some degree of control over the litigation in order to be represented by a single law firm.

This is a function of the reality that in any group situation, not everyone can have their way and compromises need to be made.

Most strategy decisions in a Hatch-Waxman litigation are uncontroversial and there is agreement between defendants. However, there may be situations where defendants disagree on strategy or how to execute that strategy.

At least one defendant will have to compromise so that the group and the law firm can speak with a single voice.

An effective law firm will be skilled at managing these disagreements and finding common ground for the benefit of all involved. It is also important to make sure that the joint representation agreement between the defendants and the law firm describes how litigation strategy decisions are made and who makes those decisions.

It is, of course, important to make sure that there are no legal conflicts between members of a joint representation group at the outset of the litigation. Nevertheless, despite best efforts to identify such conflicts in advance, sometimes disagreements arise over the course of the litigation.

It’s important to agree on how these conflicts are handled at the beginning of the joint representation so there are minimal disruptions if arguments arise.

The most significant possible result of such a conflict is that consent to the law firm’s continued representation may not be possible and the firm may need to withdraw from the joint representation.

The best Hatch-Waxman cases for joint representation are those in which there is a group of defendants who are free from conflicts between each other, both legal and practical.

It’s important to identify any such conflicts before the joint representation is formalised. For example, a joint representation group where one defendant has 180-day marketing exclusivity and the other defendants do not will probably not work because it may be in the interest of the non-exclusive defendants to cause a forfeiture of the 180-day marketing exclusivity.

In another example, a group of defendants who have varying and inconsistent non-infringement arguments will likely not succeed because the defendants may argue directly against each other in favour of their preferred claim construction.

Similarly, one defendant’s non-infringement position may be at odds with another defendant’s invalidity position.

Each of these situations has the potential to put the law firm in the position of choosing between defendants or arguing inconsistent positions. The law firm and the defendants should make every effort to identify such potential conflicts in advance to avoid problems later in the litigation.

The common thread among the potential conflicts described above is differing non-infringement positions.

For this reason, the best Hatch-Waxman cases for joint representation are those in which all defendants share a common non-infringement defence or, even better, cases where the focus of the case is on invalidity of the asserted patents.

These situations most commonly arise in cases concerning new chemical entities (so-called NCE-1 cases). NCE-1 cases are also the most cost-sensitive because they typically involve a large number of ANDA filers who share exclusivity, thereby driving down the economic value of the drug product.

Open discussion and exchange of priorities at the outset will bring the best chances of a successful joint approach.