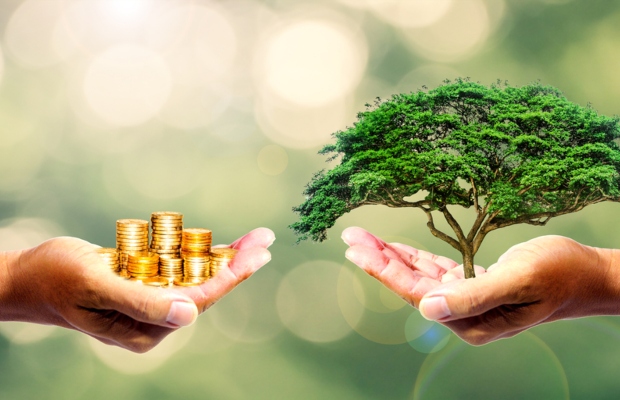 With the entry into force of the US–Mexico–Canada Agreement (USMCA, or T-MEC) on July 1, 2020, Mexico has begun to take the pertinent legislative measures to create the necessary legal framework and provide legal certainty in order to adopt the trade treaty.

Mexico is a megadiverse country. It has the fifth greatest plant diversity in the world and, given that the US is its largest agricultural export market, the importance of updating Mexico’s plant protection legal framework in order to comply with the T-MEC agreement is a priority for the country.

Regarding the protection of inventions related to plants, the chapter of the T-MEC referring to IP states the obligation of the parties to provide that patents can be obtained for any invention, be it a product or a process, in all fields of technology—provided that said invention is new, involves an inventive activity and is susceptible to industrial application—which is in line with the provisions of the WTO’s Agreement on Trade-Related Aspects of IP Rights (TRIPS), of which Mexico is a part.

However, TRIPS goes a little further and indicates that patents can be obtained and patent rights can be enjoyed without discrimination by, among other things, the field of technology.

Within the exclusions to patentability in both TRIPS and T-MEC, members can exclude plants and essentially biological processes.

As part of the protection of plants, Mexico is a member of the International Union for the Protection of New Varieties of Plants (UPOV). Although it is currently adhered to in UPOV’s 1978 act, which is implemented in the Federal Law of Plant Varieties (FLPV).

“Claims related to plants were rejected based on the process by which they were obtained, although the process per se was not claimed.” - Corina Silva, Uhthoff, Gómez Vega & Uhthoff

Although the FLPV has some similarities with UPOV’s 1991 act regarding the right to obtain rights over plant varieties of any of all plant genera and provisional protection through a Filing Certificate, the T-MEC undertakes to fully adopt the 1991 act, which includes important changes regarding the duration of the right, the exhaustion of the breeder’s right, and the inclusion of the criterion of essentially derived varieties as part of the breeder’s rights. Currently, an initiative to reform the FLPV is waiting to be discussed.

Although the adoption of the sui generis system of plant breeders’ rights protects a part of human creations related to plants, article 16 of the Industrial Property Law (IPL), which is currently abrogated but still applicable to pending applications that were filed in Mexico before November 5, 2020, (date of entry into force of the Federal Law for the Protection of Industrial Property [FLPIP]), explicitly excludes the protection of essentially biological processes and plant varieties, but does not exclude the protection of inventions related to plants.

As expected, applications seeking the protection of plants (as products) with technical features and advantages but obtained through essentially biological processes have represented challenges in the evolution of the practice of substantive examination of patents in Mexico.

Although the patentability of inventions related to plants obtained by genetic engineering has been allowed under the understanding that the human hand has actively intervened (as a technical step) in the creation of an invention that could not be found in nature, the Mexican Institute of Industrial Property (IMPI) began to apply practices in the substantive examination rejecting the patentability of the products obtainable by an essentially biological process.

The reason it did this was because the IMPI presumed these products were plant varieties and set apart patent applications that include, for example: plants with introgressions of a sequence from a donor plant with a desired characteristic; plants obtained by essentially biological processes but selected by molecular markers; and plants obtained by crossing a transgenic plant with a wild one, among others.

Various arguments have been used to point out the discrepancy of the IMPI’s examination criteria regarding the inventions related to plants, since the claims related to plants were rejected based on the process by which they were obtained, although the process per se was not claimed, while the products of other technological fields were examined for their intrinsic technical features.

Due to the lack of examination guidelines, IMPI usually looks for the best examination practices, mainly following those produced by the European Patent Office (EPO) for the case of examining patent applications related to plants. The EPO guidelines have been a guide for the strict interpretation of the prohibition of the patentability of essentially biological processes and the products obtained by them, so the IMPI has closely followed the resolution G 3/19 of the EPO and the amendments to rule 28(2) of the European Patent Convention (EPC).

As an opportunity to provide legal certainty to applicants, FLPIP, in force for patent applications filed as of November 5, 2020, article 49, section III includes the exceptions to patentability of essentially biological processes of obtaining plants or animals and the products resulting thereof, which in a certain way puts an end to the discussion regarding the patentability of inventions related to plants obtainable through essentially biological processes.

The exception referred to in article 49, section III’s last paragraph, regarding that said prohibition, will not affect the patentability of inventions whose object is a microbiological procedure or any other technical procedure or a product obtained by said procedures. This could be understood under current practice to apply to transgenic plants, human-induced directed mutagenesis plants, in vitro methods (which do not require crossbreeding) and to methods related identification of features.

In conclusion, the FLPIP clarifies that the intention of the legislator is also to avoid the patentability of plants obtained by essentially biological processes, even when the claimed genetic material is limited to a deposit of biological material in accordance with the Budapest Treaty on the International Recognition of the Deposit of Microorganisms for the Purposes of Patent Procedure.

Consequently, from the new legal framework, it will not be possible to obtain, through the patent system, a broad protection of inventions for specific traits or novel crossing methods to obtain a technical effect in plants, at a genus or species level, wherein a genetic engineering was not involved.

The assumption that obtaining plant varieties is the final aim of said inventions, and thus cannot be protected through a patent, leaves a loophole of protection since the plant varieties can only be obtained when a set of phenotypic traits is present in a single species not necessarily leading to a technical effect, which is usually related to the crop performance for said type of inventions.

Corina Silva is a patent engineer at Uhthoff, Gómez Vega & Uhthoff. She can be contacted at: csilva@uhthoff.com.mx

A question of fairness: preliminary injunctions in Mexico
01-05-2012