Navigating medical use in Japan 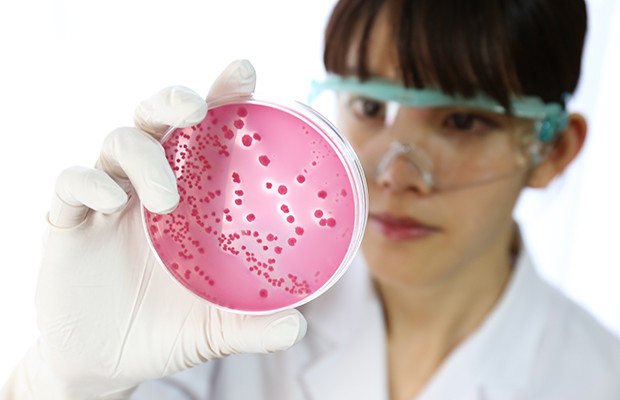 A handful of high-profile disputes over medical use patents have been decided in Japan, as Osamu Yamamoto of Yuasa and Hara reports.

Medical use claims, including those covering second uses, have been allowed in Japan since 1976.

Before this time, pharmaceuticals themselves were not eligible for patent protection in Japan, meaning only their method of manufacture could be protected.

The current situation provides a good balance between the originator and generic manufacturers because, without patent protection, free riders could exploit second medical uses.

Under the Patent and Utility Model Examination Guidelines published by the Japan Patent Office (JPO) a second medical use claim may be patented as long as it is not claimed as a “method of surgery, therapy or diagnosis of humans”.

The JPO accepts the following as the typical format for second medical use claims: a pharmaceutical composition for treating Y containing an ingredient X as an active ingredient (use-limited product claim).

Generic manufacturers can obtain marketing authorisation for a generic drug by ‘carving out’ the patented indications.

This has been allowed in Japan since 2009, and serves to prevent the ‘evergreening’ of originator pharmaceutical patents.

Patent infringement cases related to skinny labelling are very rare in Japan. This is because almost all residents have medical insurance; when a patient visits a doctor, the doctor provides insured services and under these services doctors prescribe approved drugs, not unauthorised skinny labelled drugs.

One case relating to patented but unauthorised use is the Intellectual Property High Court (IPHC) decision from 2006, case number 2005 (Ne) 10125.

A company obtained marketing authorisation for a drug and sold the drug for use in chronic artery obstruction disease. Then, four employees invented a further medical use for the same active ingredient, and one of the employees claimed a reward for the medical use patent.

While the patented but unauthorised use was for an intimal thickening inhibitor, the use was closely related to the authorised use.

Although the packaging did not refer to the patented use, the court found that the product was “made or supplied to be intended for such a patented but unauthorised use” based on a set of specific and objective facts.

The company had promoted the medicinal agent in question by actively characterising it by its pharmacological effect, for which marketing authorisation had not been granted, and marketed a certain percentage of the products intended for the patented use.

In 2009, the JPO revised its examination guidelines, adding a new type of invention as patent-eligible.

The revisions were made to protect medical inventions with new dosage and administration as inventions of “products” which exceed the expectation of a person skilled in the art, even when the products were applied to patients having the same disease.

In Novartis v Commissioner of JPO (2014) the main issue was how motivation in examining inventive step should be considered. Would it suffice as motivation to change a period of administration from five to 15 minutes?

Novartis had filed a patent application relating to a drug regimen in 2001, but in 2013 the JPO’s Appeal Board finally rejected the application on the grounds of lacking inventive step in view of the references regarding phase I and II of the drug.

The pharmaceutical company then tried to cancel the decision before the IPHC in 2014.

The IPHC found that there was no motivation for further extending the time of administration from five minutes, because no results posing safety risks were found in the prior art clinical trials carried out by five minutes.

China doesn’t permit patents where the only novel feature lies in the dosage regime.

South Korea, on the other hand, ruled in a Supreme Court en banc decision in 2015 that a second medical use defined by a different dosage regime or doses can be patented.

The compound patent expired in January 2011, but two combination drug patents remain in force until November 2017 and December 2017, respectively.

After expiry of the compound patent, 27 companies obtained generic approval.

Nine companies reached an agreement with Takeda, with some suspending production of the generic.

Takeda sued the other 18 generic pharmaceutical manufacturers for infringement of two combination drug patents, numbers 3148973 and 3973280 (pioglitazone and other agents).

Claim 1 of 3973280 read: “A combination drug for preventing or treating diabetes or diabetes complications, comprising pioglitazone or a pharmaceutically acceptable salt thereof and biguanide.”

Under Japanese law, two types of patent infringement are stipulated: direct and indirect.

For direct infringement, the alleged product/process should include all of the claim elements or their equivalents.

For indirect infringement, article 101(ii) of the Patent Act states that the manufacturing, sale and importation of products that are used for producing the product; such products should not be commonly traded articles and should have an indispensable element for achieving the result of the invention, “where such act was carried out in the knowledge that the invention is patented and the products are used for the practice of the invention”.

In September 2012, the Osaka court denied infringement and found that the Takeda patents were invalid.

Direct infringement was rejected as the court found that the defendants couldn’t control the acts of doctors.

The court stated that the generics didn’t fall under the clause “which is used for the production of the said product” provision so there was no indirect infringement.

In February 2013, the Tokyo court denied infringement but didn’t rule on the validity of the patents.

Direct infringement was rejected as the court stated that how pioglitazone or other agents are used is at the doctor’s discretion and that the defendants could not control acts of doctors.

As for indirect infringement, the court stated that generics didn’t fall under the “indispensable element for achieving the result of the invention” element because they had no descriptions to recommend using pioglitazone in combination with the other drug.

Essentially, the combination drug invention should be a method invention, namely “a method for treating a diabetes patient with drug X and Y”.

However, under the current practice, such a claim cannot be patented since the invention is not regarded as being industrially applicable.  This practice is expected to be modified in the near future.

Osamu Yamamoto is a patent attorney and partner at Yuasa and Hara. He specialises in all areas of IP protection in the fields of biotechnology, diagnostics and pharmaceuticals. He can be contacted at: yamamoto-ch@yuasa-hara.co.jp