Politics and IP: an unhealthy mix 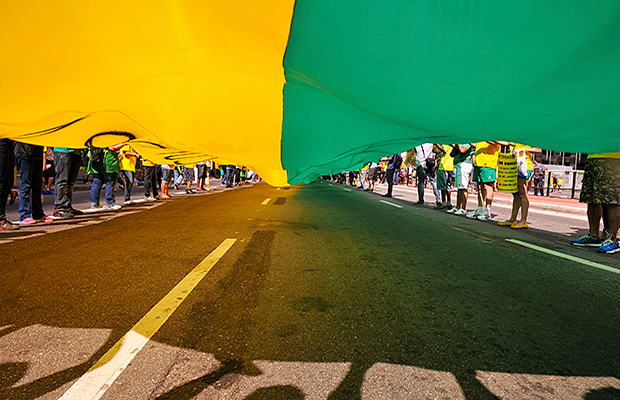 Brazil has just gone through one of its toughest general elections in the last 30 years, in which the right-wing candidate Jair Bolsonaro came out victorious and will preside over the South American country from 2019 to 2022.

In the middle of the elections, an IP-related topic surfaced: a judicial decision that declared null the Brazilian Patent and Trademark Office (INPI) decision that allowed the patent application of the intermediary drug sofosbuvir, requested by Gilead Pharmasset.

The drug, when tested in preliminary trials, cured hepatitis C in 95% of cases. This decision was granted as a preliminary injunction by a federal judge of the Federal District of Brazil, in a lawsuit proposed by one of the former candidates for president of Brazil, Marina Silva, and her candidate for the vice-presidency, Eduardo Jorge.

“If Brazil is a country that does not honour its international obligations and its own national laws, why should companies risk their investments in the country?”

In a rush to gather points with the voters, multiple politicians went to the media to criticise the INPI’s administrative decision. According to the Brazilian newspaper Folha de São Paulo, another former candidate for the presidency, Guilherme Boulos, of the socialist party, and Senator José Serra issued declarations against the INPI’s decision.

Silva and Jorge had filed a lawsuit to protect public rights, requesting (1) that Gilead’s patent allowance be declared null, and (2) that FIOCRUZ, a Brazilian public institution for health, be allowed to produce a generic of this drug. In an alarming decision that ignores laws and treaties on the subject that have been in effect for decades, the judge of the Federal District Court granted the first request.

This situation requires extreme caution and impartiality, to be considered free from political biases. It is only natural that those who do not fully understand the concepts and the implications relating to IP celebrate the decision and even agree with the mentioned politicians on the subject. However, we must take a step back to understand the reason that in truth this decision makes the state of public health in Brazil even worse than it currently is.

Innovation in the pharmaceutical industry is directly responsible for matters related to health, such as the rise of life expectancy in Brazil (from 67 years in 1995 to 75 years in 2016, approximately) and the reduction of the child mortality rate in the country (41 deaths of babies per 1,000 born alive in 1995, compared to 13 in 2016).

This evolution happened at a gradual pace, through the development and availability of new drugs. Research and development (R&D) in this area takes between nine to 15 years to be finished, taking into consideration the analysis of multiple components, different clinical trials and approvals, including regulatory reviews.

Pharmaceutical companies spend millions of dollars on research, conduct on average more than 6,000 clinical trials, and involve more than 400 researchers, just to get one innovative drug.

There is no way to assure that all this investment will pay off. The exclusivity right granted by a patent represents the possibility of a financial return for the effort of developing a new drug, in a way that, without the patent rights, there would not be an incentive for that research to continue. Without innovations, there would be no cure for diseases such as hepatitis C.

Patents are legal safeguards built into an international system that allows legal certainty for inventors and companies to invest in a country. Brazil is a signee of the Paris Convention as well as the TRIPS Agreement. On a national level, the Brazilian Constitution upholds that inventors have a fundamental right to obtain patents, and, under current legislation, the Industrial Property Law (Law no. 9279/1996) determines the criteria for patentability and all the procedures to obtain a patent in Brazil.

Pharmaceutical patents were allowed in Brazil only after the Brazilian Industrial Property Law came into force. Depending on the type of patent, it can be protected as an exclusive right for 15 or 20 years, which means that only the company which holds the patent will be able to commercialise it.

However, just like any other property, the company can negotiate it with third parties—including the state. In the case of the patent for the hepatitis C vaccine, Gilead issued a public statement declaring that it was in negotiations with the Brazilian Ministry of Health so that a treatment for the disease is available for the Brazilian population. It is up to the citizens to make sure that the state closes this deal.

After the end of the exclusivity period of a patent, it can be freely explored by third parties, entering a stage known as the public domain. From there on, the innovative drug can have multiple variations, known as generics.

The very existence of generic drugs depends on a previous phase of innovation, investment of financial resources and also of highly qualified personnel involved in the creation of an innovative drug.

The laws mentioned above are more important than they look. They allow legal protection to any inventor, national and foreigner alike, that wishes to invest in Brazil. Any sign that the legal foundations might collapse can negatively affect the country’s economy, with severe consequences that may vary from the fall of a company’s stock value to the termination of research.

An unstable situation puts at risk the employment generated by a company that might decide to abandon Brazil and also the lives of people that could be saved by drugs that did not reach the end of the R&D phase.

The preliminary injunction obtained by Silva, which is in parallel with the visions of Boulos and Serra, is one of those possible signs of collapse. After all, if Brazil is a country that does not honour its international obligations and its own national laws, why should companies risk their investments in the country? This risk is always considered by companies, and Brazilians suffer the consequences of negative outcomes.

The INPI is an independent federal body constituted specifically to analyse applications of different IP rights. That is its main goal above any other and, as such, a procedure for the office to approve patent rights was set in law, and it should always be followed.

Any suggestion that another public body interferes with such procedure (for example, allegations that the INPI is subordinated to the Ministry of Industry, Foreign Commerce and Services) ignores the fundamental principles of autonomy and legality, not to mention disregards that the office is composed of a specialised technical body, with an elevated knowledge on patents that must be respected, unless in cases of evident technical error, which can be questioned judicially by interested third parties at any time.

Obviously, examination errors do happen, but they should face the proper recourse, which is not the one proposed by Silva and Jorge. The attitude of the formal candidates, visibly supported by political parties that also disputed the general elections (but did not win), threatens the whole economy that they were supposed to protect.

This situation is not felt pointedly by the overall population, but in the daily lives of the people who lack innovative drugs on the drugstore shelves.

To the candidates mentioned in this article and the others, elected or not, I hereby set a challenge: instead of adopting politically-biased positions that are not favourable to investments in Brazil, do invest in its citizens, on basic education and in R&D.

If you wish the patent for hepatitis C to be originated in Brazil, provide the conditions for your scientists so that this result can be obtained, instead of defending a hypothetical local production of a drug that is protected by a patent right. Absent this, the solution is not requesting compulsory licensing, which is an exceptional measure established by law, but licensing in a regular and transparent negotiation between the company and the state, acting as a mere trader in the market.

Gabriel Di Blasi is managing partner at Di Blasi Parente & Associados. He can be contacted at: gabriel.diblasi@diblasi.com.br