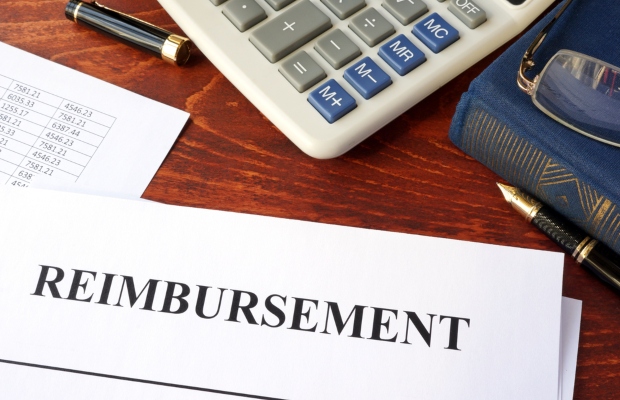 It’s difficult to have a conversation about healthcare without discussing its economics. It’s almost axiomatic these days to recite that healthcare systems around the world are perennially underfunded and struggling under an ever-increasing burden.

This is despite comprising a significant proportion of public spending in many countries, equivalent to approximately 10% of gross domestic product in 2016, according to the World Bank.

The emotiveness and universality of healthcare as a deeply personal issue means it is regularly a hot button political issue, recently exemplified by the influence of claims about funding the National Health Service on the UK’s Brexit referendum and the polarised views around “Obamacare” in the US.

The challenging economics of diagnostics were discussed in the fourth instalment in this series on precision medicine, but it is typically the cost of treatments that dominates the headlines and political agendas.

“Investment will also be required in the infrastructure that will be necessary to support precision medicine initiatives.”

Complex biologics, oncology treatments and, most recently, one-off gene therapy products have come in for particular scrutiny, with prices regularly well into the hundreds of thousands or millions of dollars and an increasingly vocal group of patient advocates and independent cost-effectiveness review bodies have been opining on the price of new treatments, in addition to government bodies such as the UK’s National Institute for Health and Care Excellence (NICE).

Most recently, there has been a spate of speculation over the possible list price of Novartis’s new gene therapy for spinal muscular atrophy, Zolgensma (onasemnogene abeparvovec-xioi), with reported price estimates ranging from $1.5 to 5 million.

The key point that differentiates many of this new wave of seemingly expensive treatments is that they have the potential to be truly curative and life changing, rather than simply treating symptoms or staving off disease progression.

Accordingly, they have the long-term potential to be more cost-effective and reduce the burden on the healthcare system compared to existing chronic treatments, albeit with a bigger upfront price tag—a point that bodies like NICE and the Institute for Clinical and Economic Review (ICER) recognise in their assessments.

However, to date even after approval many patients lack access to treatments for rare diseases.

Speaking at the Westminster Health Forum (WHF) keynote seminar in December 2017, Jayne Spink, CEO of Genetic Alliance UK, noted that of the approximately 140 orphan drugs licensed in Europe, around half are not routinely available on the NHS, and about one in five has not been assessed for routine access.

A precision approach to treatment relies on defining treatments for ever smaller patient subpopulations, akin to treating every therapy as a rare or orphan disease population. For this to be made feasible, a new funding model that surmounts the barriers to access that currently exist for rare disease conditions will need to be implemented.

An important point made at the WHF by Spink and Mark Kroese, director of the PHG Foundation, is that cost-effectiveness and improved healthcare outcomes are not necessarily synonymous with cost savings.

In the case of the NHS (and other healthcare systems around the world) there is a focus on achieving cost savings through innovation as opposed to introducing cost-effective innovation. Given that the benefits of precision medicine will require significant upfront investment before longer term savings can be realised, there is a danger that, with such a focus on immediate cost impact rather than on value, the political will or mandate to make the initial investment required may not be forthcoming.

Changes in the dynamics of pricing in innovative and generic medicines may alter the landscape of healthcare economics.

In innovative medicines in particular, the introduction of value or outcome-based pricing of treatments, where the amount paid for the treatment is linked to the success of the treatment, may make the upfront costs of new precision treatments more palatable to payors and patients.

For example, patients treated with Novartis’ CAR-T treatment Kymriah (tisagenlecleucel) for paediatric and young adult acute lymphoblastic leukaemia will pay only if they have responded to treatment by the end of the first month.

Kymriah is also an example of the application of indication-specific pricing: a different, lower price has been set for the treatment in its second, recently granted indication of relapsed or refractory large B cell lymphoma.

Payment by instalments, likened by some to a mortgage for treatment, is another innovative payment framework being explored. Bluebird Bio, the biotechnology company behind gene-replacement therapy LentiGlobin that is currently awaiting approval for treatment of beta thalassemia, has proposed a pricing plan of 20% cost upfront, with 20% instalments over the following four years.

Some companies have responded to the market access issues caused by increasing payor resistance to pricing of new innovative medicines by reducing prices and targeting the subsets of patients most likely to benefit from treatment—the latter development being very much in line with the principles of precision medicine.

The story of Regeneron and Sanofi’s anti-PCSK9 cardiovascular product Praluent (alirocumab) is illustrative of the growing influence of health technology assessment bodies like ICER and increasing payor pushback against the high pricing of new treatments regarded as providing minimal clinical advantage over the existing (cheaper, and potentially generic) standard of care.

The anti-PCSK9 class, aimed at reducing levels of low density lipoprotein (and thus risk of cardiovascular disease) was widely expected to be a blockbuster and Praluent was tipped to bring in peak revenues of more than $3 billion, but revenue stood well below forecasts at $307 million in 2018, a little under four years after its initial approval.

Combined revenue of Praluent and its direct competitor, Amgen’s Repatha (evolocumab), has only just reached $1 billion a year.

In the face of significant payor-imposed barriers to access, Sanofi and Regeneron in May 2018 agreed to revise the pricing of Praluent down to within the range cited by ICER as being cost-effective for the medicine, from an initial $14,600 list price to between $4,500 and $8,000 a year. This was in exchange for an exclusive formulary agreement with pharmacy benefit manager Express Scripts, which agreed to remove the documentary barriers to access that had been erected for Praluent.

In February 2019, Sanofi and Regeneron reduced the list price further to $5,850 a year. ICER amended its cost-effectiveness recommendation soon after to between $2,300 and $4,000 a year, up to almost 85% less than the original list price.

The slow early US sales of high priced CAR-T treatments Kymriah and Yescarta,which both came in under forecast, also reflect the challenge to payor attitudes and reimbursement arrangements represented by expensive but potentially curative precision medicine treatments.

In spite of the teething problems encountered by this first wave of precision treatments, Tan Chorh Chuan, executive director of Singapore’s Office for Healthcare Transformation, speaking at the World Economic Forum (WEF) in 2017, noted that the savings realised through value-based healthcare, such as the more efficient targeting of treatments to specific patient populations that will actually benefit from them, could offset the price of more expensive but well targeted and effective treatments that will increasingly target smaller patient populations.

In response to these issues, in January 2019 ICER, NICE and the Canadian Agency for Drugs and Technologies in Health launched the “Valuing a Cure” project to develop and test alternative methods for evaluating potentially curative treatments, particularly where evidence of effectiveness is limited on launch.

However, in addition to the cost of new treatments themselves, investment will also be required in the infrastructure that will be necessary to support precision medicine initiatives. This includes the digitisation of patient data, standardisation of terminology and classification systems and consolidation of siloed data held by different bodies in different formats and databases (a particular issue in countries like the US which do not have centralised national healthcare).

As mentioned in the previous instalments in this series, a key risk to the realisation of the full potential of precision medicine is that the high investment cost and regulatory upheaval required in the short term may be a practical and political deterrent to the full buy-in from the public sector that will be needed. This will be covered in the final instalment of this series.