The future of precision medicine part 4: diagnosing the diagnostic problem 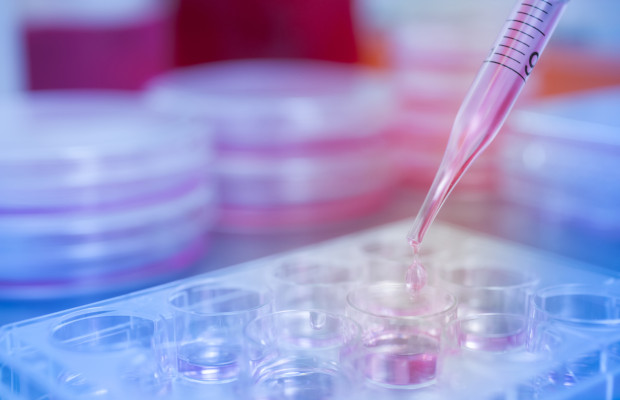 Amid the excitement around the potential new treatment approaches that precision medicine may yield it is important not to lose sight of the vital pre-condition before any treatment can be selected and applied—the effective and accurate diagnosis of the underlying condition.

“These economic concerns are particularly acute in the context of conditions where newer, more expensive but more accurate tests are competing with older, cheaper but less accurate ones.”

Sheuli Porkess, interim executive director of research, medical and innovation at the Association of the British Pharmaceutical Industry, speaking at the WHF, commented that she was not concerned about the development of precision medicines themselves, but rather about the funding for and availability of the companion diagnostics required in order to enable accurate diagnosis and the correct assignment of suitable therapy for patients.

Taking the UK’s NHS as an example, at present many new molecular tests have been slow, or are still yet, to receive reimbursement on the NHS. This will need to change if the vision of precision medicine and a personalised health service is to be realised.

Accordingly, some of the key questions around the diagnostics side of precision medicine that will need to be addressed include:

The economics of screening/diagnosis

The economics around screening and diagnosis are difficult and require a balance to be struck between, on the one hand, the high cost of screening populations for disease at an early stage when treatment outcomes may be better but the likely patient cohort is very small (and when testing is typically geared towards reducing the likelihood of false negatives, often at the cost of a higher incidence of false positives), and on the other, the public and individual health costs of detecting a disease later in its course, when prognosis is likely to be poorer.

These economic concerns are particularly acute in the context of conditions where newer, more expensive but more accurate tests are competing with older, cheaper but less accurate ones.

Non-invasive prenatal testing (NIPT) for chromosomal aneuploidies (eg, Down syndrome—trisomy 21) is a good example of this, where different governments have taken different positions on access and reimbursement.

NIPT has been made available to all women in the Netherlands whereas in the UK, NIPT will only (at least initially) be available on the NHS for women in the high risk category (as determined by maternal age).

Speaking at the WHF, Porkess noted that slow or no reimbursement for companion diagnostic testing was a major reason for the lack of access to new targeted medicines, with the result that pharmaceutical companies have been funding such testing themselves. But this situation is not sustainable in the long term.

This was also an issue highlighted by Jay Flatley, executive chairman of Illumina, who noted that the regulatory and reimbursement issues for diagnostics are a huge obstacle for small innovative companies operating in the diagnostic space, which are unable to navigate the process quickly enough to survive and successfully bring their products to market.

Acting on the results

Although clinicians are accustomed to ordering, interpreting and acting on the results of diagnostic tests, the nature of genetic information gives rise to additional issues.

Unlike a blood test (for example), which provides a snapshot of the levels of a selection of biomarkers and other components of the patient’s blood at a particular point in time, genetic information is at once more permanent yet potentially far more difficult to interpret.

Where a blood test measures characteristics that are transient and variable, a person’s genome is fundamental to his or her identity and new genetic information can have serious consequences for a person and his or her lifestyle choices.

New genetic information may even present individuals (and their HCPs) with difficult decisions as to whether undertake dramatic clinical interventions to address perceived risks of genetic disease (eg, undergoing a mastectomy upon discovering a variant of a BRCA gene correlated with high risk of breast cancer).

At best, early identification of well characterised and validated genetic risk factors can empower patients and their doctors to actively manage risk, including by taking preventive action. On the other hand, acting rashly or on the basis of incomplete or incorrect genetic information about poorly characterised variants could lead to taking unnecessary action (at a cost to the patient and the healthcare system) or, worse, action which is actually harmful to the person.

The difficulty in dealing with genetic information is exacerbated by the fact that we still have so much to learn (Flatley estimated we are still in “single digits” as a proportion of what we need to know about genetic variation) and that, although a person’s genome may be static, our understanding of it is anything but.

The problems caused by the shifting understanding of the significance of genetic variants and lack of consistency in classification between different service providers have been well illustrated in articles profiling the experiences of a number of families and individuals struggling to make sense of findings of genetic variants of unknown significance, some of which were later reclassified as benign and others which were classified as disease-associated.

This concern about how to act on the results of diagnostic tests is particularly pertinent in the current context of the increasing popularity of genetic testing kits and ancestry services.

Although a separate (but related) issue, many genetics professionals have expressed concerns that consumers of these services are being given genetic risk information that is inaccurate, incomplete and/or simply unhelpful, without the benefit of professional advice and genetic counselling as to the implications of their results.

In particular, the practice of reporting of variations of unknown significance, genetic variants loosely correlated with higher risks of disease, and even variations that are known to be disease-linked but for which no clinical intervention exists, have been called into question.

Critics of some of the practices of direct-to-consumer testing companies question why consumers should be unnecessarily exposed to and worried by information which is inconclusive and/or unable to be acted upon, and which in some cases they may not have even asked for.

In addition, pressure from worried patients to interpret and/or act on such results incurs a further cost to the system and places a further burden on HCPs who may not have received training and support to deal with new genetic information.

As the precision medicine field moves forward and the testing for and use of patient genetic data becomes more common, HCPs will need to be equipped to deal with the particular issues thrown up by such data.

This will require a high level of genetic literacy and a collaborative approach between patients, their doctors and genetics professionals.

Systems to ensure the timely and consistent dissemination of information about changes in classification and understanding of particular variants may also need to be implemented (although this may be difficult where private genetic analysis services are involved).